Goal-scoring hero Connor Pain rates his match-winner against Adelaide United as the best goal of his career and says the win “means the world” to the Central Coast Mariners.

After 281 days and 14 matches, the Mariners finally tasted victory again in the Hyundai A-League after coming away from Coopers Stadium with a 2-1 win over the Reds.

“It means the world,” a euphoric Pain told Fox Sports after the match.

“We’ve been working towards it and we’ve been getting better week-by-week. 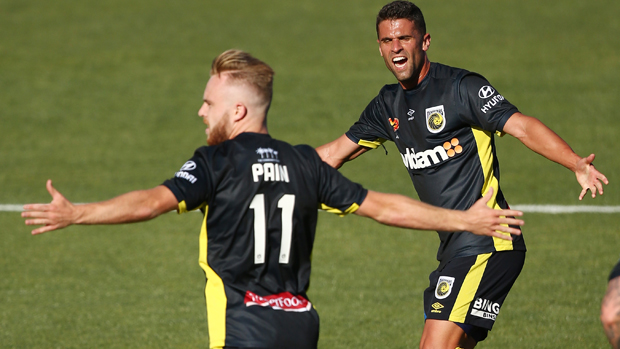 “It’s great that it came together today and go away with three points…in a way where we fought really hard.

“Credit to Paulo [coach Paul Okon]. Our press wasn’t working well in the first half and second half we just wanted to push right on them and give them no space and we worked that out to a tee.

“I’m really proud of the boys.”

Adelaide dominated the first half and lead at the break via Sergi Guardiola’s penalty before the Mariners produced their fightback.

And Pain was the catalyst for it, setting up Roy O’Donovan’s equaliser less than two minutes after the resumption before his thunderbolt into the top corner from just outside the box proved to be the match winner.

“I tried to do it again right afterwards and put it in the stands, I just got a bit of confidence from that first finish.”

The Mariners are taking their home match next weekend to Canberra against a Wellington Phoenix side that will be without six players on international duty.

“Every game we look at as a potential win. We’re playing some alright football and it’s really coming together,” Pain said.

“We don’t read into international duty because it’s still going to be 11 bodies and it’s hard to beat anyone in the A-League. We have to rally the troops and keep fighting.”