Josh Rose: ‘Toying with the future’

Josh Rose is more than just a footballer. Alongside his role as a full time dad, the Mariners defender can add the titles of inventor and entrepreneur to his accolades after 15 years sprinting up and down the touchline.

It’s no secret the Queenslander is obsessed with his family: his wife Jeni and their three boys Jai (8), Dylan (5) and Nate (3) feature regularly on his social media. More than that though, they’ve inspired his latest creation, a baby toy that steers kids away from screens towards an active playtime.

Date night with the kids. They are such a massive part of our life our anniversary dinner wouldn’t be the same without them here. #familylife #crazykids

“We’ve edged a bit too much towards technology,” Rose said. “In my opinion kids just spend way too much time on it. I’d love to see that old school culture of kids playing out in the yard or on the streets again. That’s where this toy is leading,” Rose said.

Rose’s invention is called the ‘Volley JR’ and it’s designed for babies and toddlers described as ‘the play gym with a difference’.

“It’s got a sports theme to it: a frame that will help them stand up, a ball that will help with hand eye coordination and all the typical baby stuff.”

Josh Rose Toys with the future. His youngest boy, Nate, trialled the first prototype as a six month old with great success, unbeknown to the penny he was dropping inside his dad’s head.

“I didn’t want to urge him to go to it, I wanted to build something that he would just see and go to. Once he went and played with it for a bit, that’s when the idea sort of steamrolled.”

The ‘Volley JR’ is the first product of Rose’s company, ‘JR Stars’, a brand that not only ignites healthy habits among young kids, but also provides a life after football.

Armed with a diploma of business (with help from Professional Footballers Australia) and toy-testers at close range, it’s easy to see how Rose could take the message of ‘JR Stars’ far and wide once the curtain closes for him on the field. 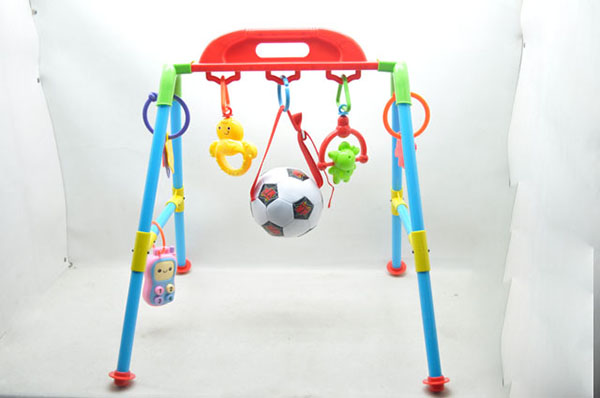 “I thought if I can bring that to my own kids then maybe I can design something that can hopefully bring that lifestyle into the Australian culture or the culture of the world,” Rose said.

Feedback from friends and family has Rose confident that the ‘Volley JR’ will be hitting shelves soon after a few modifications. The eight-month old twins of fellow Mariner Matt Nash gave it a go with a thumbs-up response.

“He (Matt) texted me within a week saying ‘this is incredible, the kids can’t leave it alone’, which was great news,” Rose said. 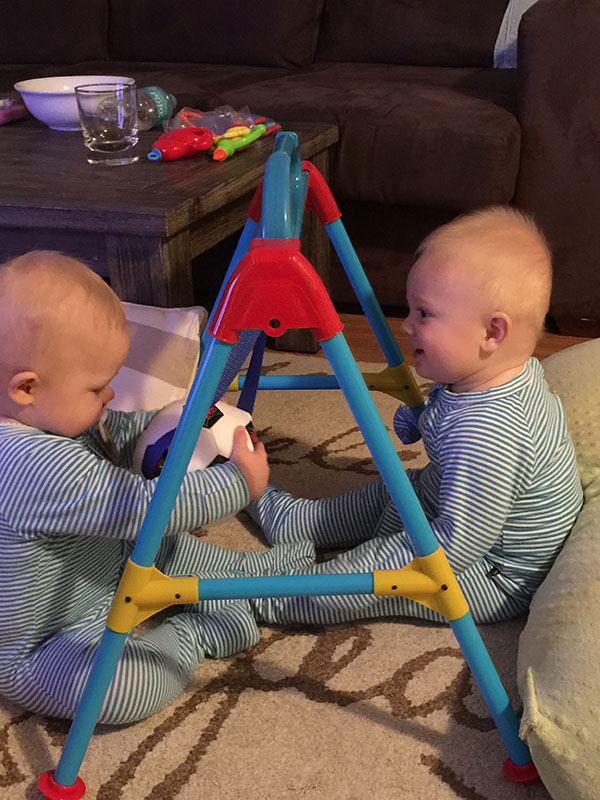 Rose’s sheer passion for the game is embedded in his latest invention, but it wasn’t an easy path to the elite level for the 34-year-old.

“Growing up I never really made rep’ (representative) teams or excelled at a junior level. Even at 18 I was still living in Rockhampton in Queensland, and that’s where I was playing my football. It just so happened that I had a few good seasons there and a few people urged me to move to Brisbane and give it a go. From there I slowly worked my way up.”

Rose played for the Brisbane Strikers and New Zealand Knights before moving to Romania’s Universitatea Craiova Football Club to escape his poor fortunes in the A-League.

“No club was willing to take a risk on me, so going to Romania was a last ditch effort to try and reignite my career” Rose said.

“It was either that or just play semi-professional and get a job. It probably turned out to be the best thing that I could have done, they just love their football.

“It really made me realise not to take my profession for granted and how much it means to play football,” Rose said.

With this renewed passion, Rose has gone on to play more than 150 matches for the Mariners as well as earning a place in the 2010-11 A-League All Stars team. But after such a hard slog and three boys eager to follow in his footsteps, is his latest toy a nudging hint that careers outside football are equally important?

“They’ve definitely got the passion to want to play football, but I just let them do what they want to do. I don’t fill their heads and say they’re going to be the greatest footballer. I say if that’s what you want to be it’s going to take hard work and all the rest of it.”

‘Hard work and all the rest of it.’ If that’s not the great old school advice we need, then what is?