The Central Coast Mariners are excited to announce that Jake McGing has put pen-to-paper on a two-year contract extension that will see him remain in Yellow & Navy until at least the end of the Hyundai A-League 2020 season.

McGing is a graduate of the Mariners Foxtel National Youth League set up and signed his first professional contract with the Mariners in February 2015.

Now with 65 Hyundai A-League appearances to his name, the 23-year-old has made the right-back position his own whilst also offering an option as a central defender or midfielder. 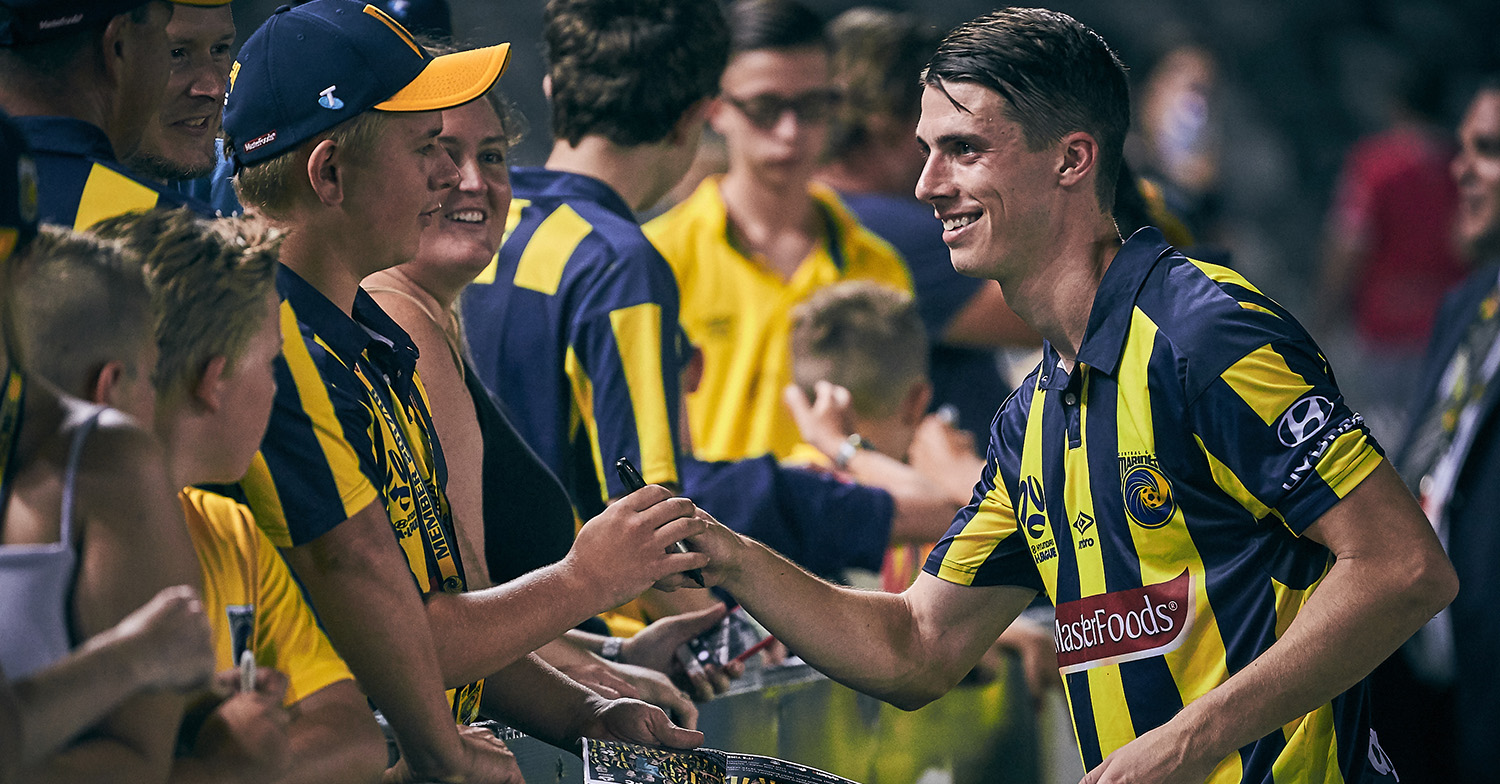 McGing has also been a weapon in Paul Okon’s attack this season, scoring two goals with his head and earning a reputation for his marauding runs down the right wing.

McGing thanked the Central Coast Mariners and Paul Okon for securing his future at the club.

“I am loving it here on the Central Coast and I am really excited to confirm my future here for another two seasons,” McGing said. “It’s been great playing under Paul Okon, I’m learning every day and every training session, he was a defender when he played so it’s always good to take things from him.

“I’ve been loving my time at right back, it’s a new position for me but it allows me to get forward a lot more.

“I just want to keep playing well and contribute to a successful couple of seasons. I owe a lot to Paul Okon and I really want to repay the faith that he’s shown in me.

“It’s always exciting to take on the Western Sydney Wanderers and we’re confident that we can get the three points this Sunday,” McGing said.

Watch it over and over ? Jake McGing's header doubled our lead and ensured a momentous win over @SydneyFC! #CCMvSYD #ALeague pic.twitter.com/aeJLMWGg7l