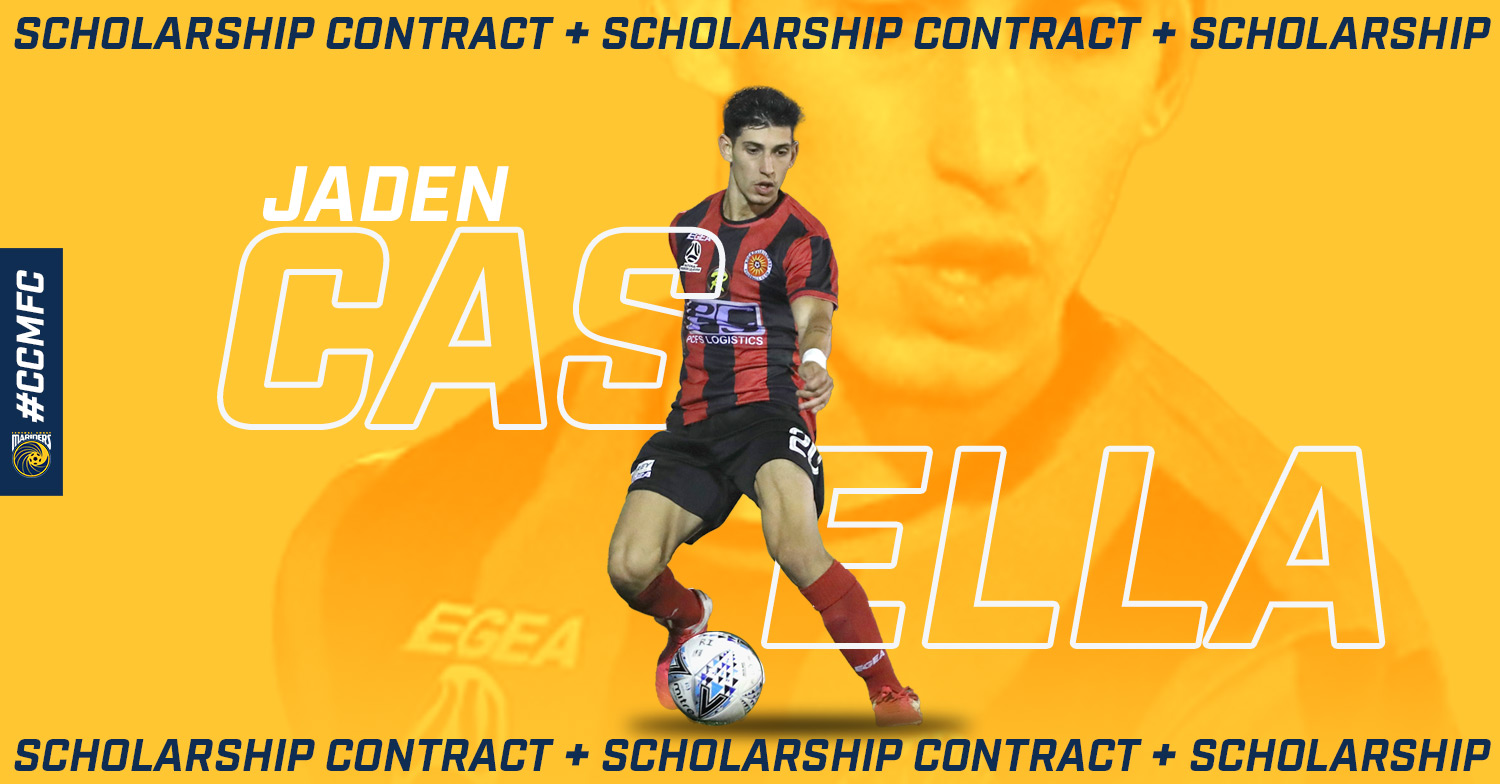 The Central Coast Mariners have completed the signing of talented youngster Jaden Casella on a scholarship deal for the A-League 20/21 season.

Casella has spent time training with the Mariners in recent weeks and featured in pre-season matches and has now put pen to paper on a deal.

The 20-year-old attacking midfielder was born in Sydney and spent time with Sutherland Sharks as a youngster, and more recently had a spell in Spain with Torre Levante and Mislata FC.

Casella made the decision to return to Australia in the midst of the pandemic though and helped guide Rockdale to the NSW NPL1 Grand Final where they were beaten only on penalties.

After completing his signing this week, Casella said the deal felt like a good reward for his hard work but that there is plenty more ahead.

“I’m extremely excited to sign on with Mariners for the 20/21 season,” he said.

“I see it as a huge opportunity for my development stepping up to the next level, a lot of hard work has been put in to get to this point but I’m keen to prove myself and make an impact out on the pitch alongside some quality players.”

“I had a great run in Spain and it had a huge impact on my development as a footballer. It was unfortunate that it was cut short but securing this deal at the Mariners for the upcoming season has me determined to play against some great sides and drives me to give everything I’ve got.”

Mariners Head Coach Alen Stajcic said he believes Casella has plenty of talent and can be someone who can improve at the Mariners.

“Jaden has demonstrated his talent and ability while on trial here and we’re excited to welcome him to the squad,” Stajcic said.

“He is another talented young player who can gain a lot of experience by being here and in a season where rotation will be key, he has the opportunity to earn minutes as well.”

“To build this club back up we need to get things right with our young players, and Jaden is one of those who can make an impact here and be part of our future.”