JACQUES FATY: The Man Behind the Mariner

In our next edition of a series of interviews with the new Mariners’ recruits, we sat down with Jacques Faty to hear about his life off the football pitch and how he is settling in on the Coast.

Despite having played football on some of the biggest stages across Europe, Jacques Faty has certainly adapted well to the Australian way of doing things.

“Straya!” The defender exclaimed after I listed off Turkey, France, China and Australia, to name a few. With a player of his pedigree there is no doubt that the Mariners young guns will have plenty to learn from Faty.

The French-born Senegalese defender made the transition from Sydney FC to the Yellow and Navy in June with his cousin Mickael Taveres. The pair live together in Wadalba, and as much as they talk, act, and live like brothers (they even wash each others clothes), Faty admits it’s tough to be apart from his family who are still overseas. 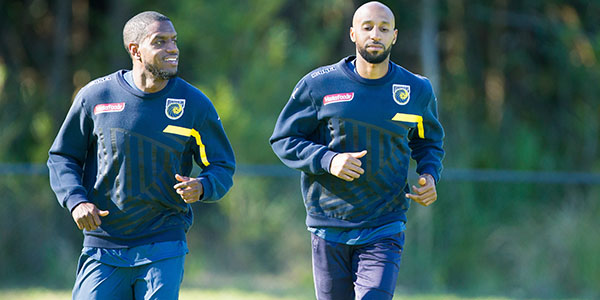 “I think it’s very difficult to be away from your family,” Faty said, but he’s eagerly awaiting their move to the Central Coast in September once the Hyundai A-League season kicks off.

After 14 years of playing professionally, one might feel burdened by the time lost in flight travel. Not Jacques.

“I love travel. The flights even! To come to Australia from Paris is like 24 hours, but for me I like travel because I can read a book, I can watch movies and now with the new technology I can even chat with the Wi-Fi on the plane. It’s good for me, I don’t have any trouble with it,” Faty said.

“I still like my job and I still take pleasure in playing soccer around the world and to bring all my experience I took in Europe.”

Faty, it seems, has a love affair with Paris: “Paris is a nice place! There is the best avenue in the world – Aux Champs Elysees – the best streets in the world, the best shops, the best food, and very nice restaurants,” Faty said. 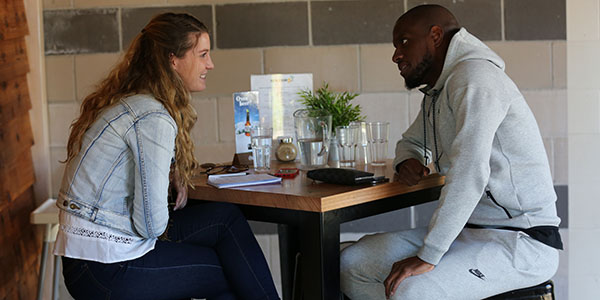 Beyond that, though, is a deep admiration for the football culture Paris and its European neighbours provide.

“I think if you want to play and you dream to play football then I think Europe is the best place to be,” Faty said.

Indeed it was his dream, but only after toying with the idea of being a professional table tennis player.

“When I was young, I was playing table tennis. I was very good at table tennis, because I beat him” Faty pointed at Mickael,“ every time! After that I moved to soccer, and I never changed back.

“I was young, about 15 years old, but now I’m a bit older, I still take pleasure in winning games and being together,” Faty said.

Pleasure, rather than pressure, is the key to Faty’s success, which includes 12 appearances for the Senegalese national team. 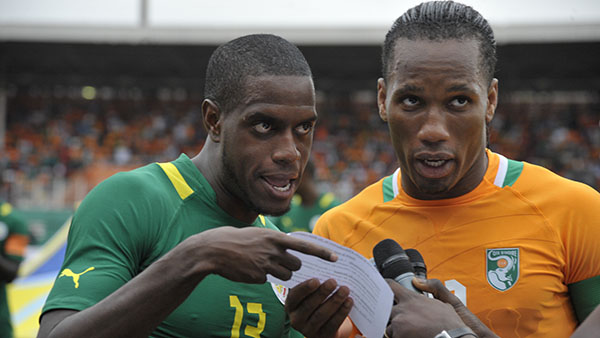 “Pressure? NO pressure!” he laughed. “I am more than thirty years old now, so pressure is behind me.

“But I now want to prove again in Australia with the Mariners that we can make a good season and make it great together.

Even if there is no pressure, there is a strong sense of obligation and loyalty to the Yellow and Navy.

“This season will be better for the Mariners.” he said, promising to bring a strong backbone to the Mariners defence. “I will, definitely. I must. This is my job, I came for this, so I must make my job good.”

With a stamp of his fist on the table as we’re chatting, I can see beyond the jesting exterior to the passionate presence football fans everywhere are treated to the moment Faty sets foot on the pitch. Faty credits his father, first and foremost, for this striking perseverance.

“Since I was young, he was always behind me and he always tried to educate me and he gave me some motivation to like what I’m doing – if it’s not football, it’s something else. He’s the motivation in what I’m doing. That’s why I’m like this. He gives me inspiration everyday. He was strong sometimes with me, hard sometimes, but it was very good for me. I want to tell him thank you.”

And so do we, Jacques! 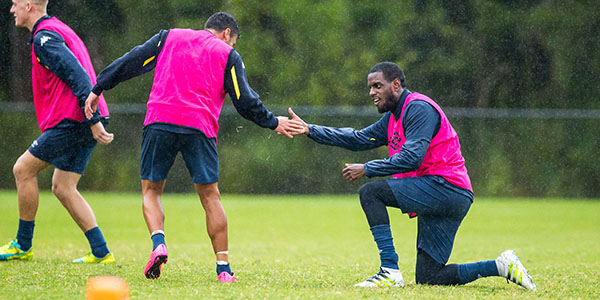