The Central Coast Mariners are excited to announce that Jacob Melling has signed a contract extension that will see him remain in Yellow & Navy until at least the end of the Hyundai A-League 2019/20 season.

Arriving at the Central Coast Mariners during the January transfer window, the hard-working defensive midfielder has today put pen-to-paper on a two-year-contract-extension.

At just 23-years-of-age, Melling already boasts 59 Hyundai A-League appearances after making 11 with the Mariners in the second half of last season.

Ever tried to pay for something and your card wouldn't work? Next time, just call Jacob Melling to save the day! 😂

Just another day in the life of a Mariner. Well done, Jacob! #CCMFC #ALeague pic.twitter.com/JLEZx1WZyi

A graduate of the Australian Institute of Sport, Melling first debuted in the A-League with Adelaide United as a teenager in the 2011/12 season before stints with Melbourne City and the Western Sydney Wanderers.

Melling was thrilled to confirm his future with the Mariners and the opportunity to move his young family to the Central Coast ahead of the 2018/19 pre-season.

“To be honest, I’m rapt,” Melling said. “I’m really looking forward to moving to the Central Coast with my family and being closer to the boys so we can build on where we started this season.

“It’s time now to look forward, I am excited for when we can get the full squad in and focus on playing finals football. I’ve really enjoyed being a part of a club that’s so focused on the community – the most frustrating thing has been that we haven’t been able to deliver them the results they deserve on the weekend. 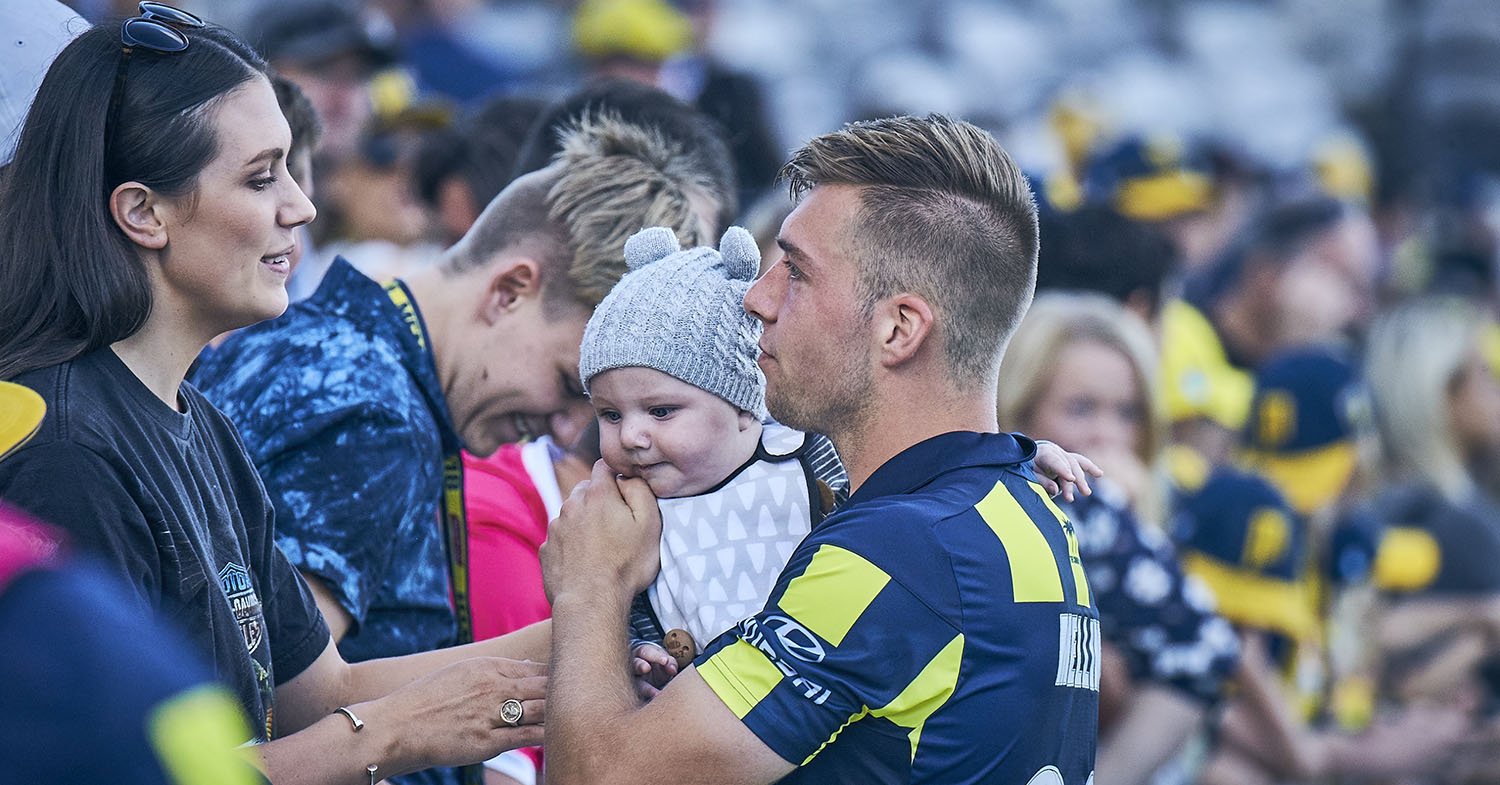 Melling also praised the club’s new Head Coach, Mike Mulvey as a key factor for his decision to secure his future with the Mariners.

“I obviously wanted to know who was being appointed before making the decision to stay on the Coast,” Melling said. “To see Mike come in, it made my decision a lot easier, especially seeing the way he wants to play and how determined he is to make sure we’re playing finals football and contending for the title.

“So, for me it was a no-brainer to stay on the Coast and I’m really looking forward to the next few seasons and bringing some silverware back to the Coast,” Melling said.

“Jacob is a player who will be central to our hopes going forward and we’re delighted to extend his deal,” Mulvey said. “He’s planning to settle on the Coast with a young family and I know how eager he is to make them proud.

“He has a real presence about him, both physical and technical, and I think he’s a player with a considerable upside that we’re planning to unlock in the coming seasons,” Mulvey said.