Autism Spectrum Australia student and HUGE Mariners fan, Jack Palmer had a visit from the entire Central Coast Mariners squad today who were at school to hear his heart-warming story. 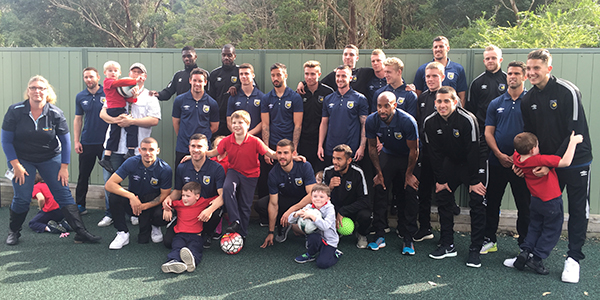 9-year-old Jack is one of the students who attend Aspect Central Coast School at Terrigal and has been using the Central Coast Mariners as inspiration to learn how to read and write. His favourite player is Fabio Ferreira.

There was once a time where Jack would run and hide when asked to read or write but thanks to the inspirational work by the teachers at Aspect Central Coast School, Jack has used the Mariners players as the main characters in the stories he has learned to write at school.

Today at school the entire Mariners squad were on hand to listen to Jack read one of his stories about the ups and downs of a football fan following the Central Coast Mariners.

It’s safe to say that it was a truly humbling experience for all of the Central Coast Mariners players who erupted in a round of applause when Jack had finished reading his story.

Fab Ferreira & Roy O’Donovan were lucky enough to participate in some reading games with Jack who took the opportunity to make a joke or two about the Portuguese and Irish born stars.

After reading time in the classroom was over, the players joined the students at Aspect Central Coast School for a kick in the playground where all the kids were able to share the ball with their favourite Mariners stars. 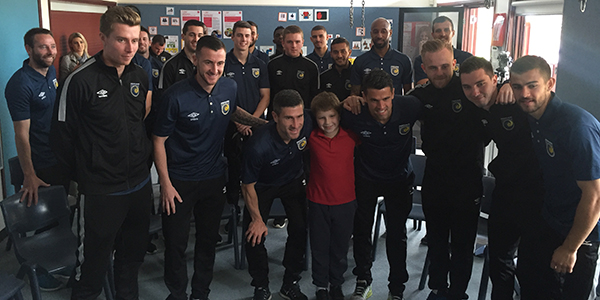 Principal of Aspect Central Coast School Mark Durie spoke about the impact that the Central Coast Mariners have had on Jack’s ability to learn.

“It’s just fantastic that the Mariners could take the time out to visit our school,” Durie said. “In particular we know that Jack has a special interest in soccer and is a huge fan of the Mariners.

“It’s truly important for the kids to identify who it is in the community that they look up to and be motivated to learn, for Jack it’s soccer and the Mariners.

“Jack is just elated; he’s been talking about it since the return of school this term and he’s been more motivated to participate in class so this means the world to him,” Durie said.

Fabio Ferreira was truly humbled by Jack’s letter and spoke about how it will inspire him on the pitch.

“This is all for Jack, we played a reading game and I have to admit I was a little nervous but it was good fun,” Ferreira said. “It’s very flattering and I get very happy for moments like this because at the end of the day you do what you have to do to help people that like you and I am very honoured to have a big fan like Jack.

“This makes me really happy, Jack has taken a big step and obviously it’s something that I’m very happy to have helped him with, I’ve never felt like this before.

“This is something I am going to think about when I go onto the pitch because I know I have to do my best to win games because winning is going to make Jack happy,” Ferreira said. 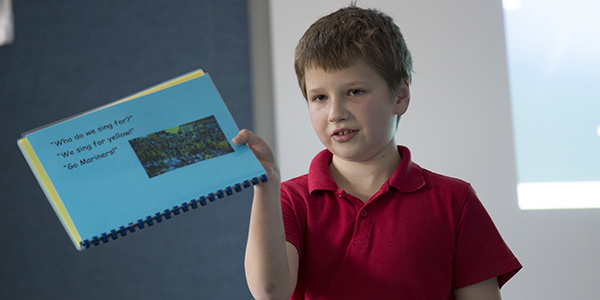 Here is the letter that Jack wrote the club: 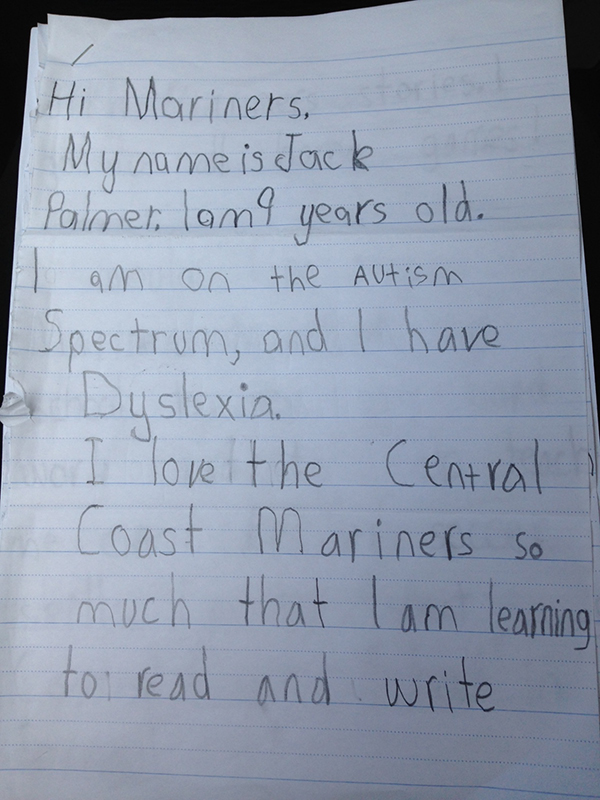 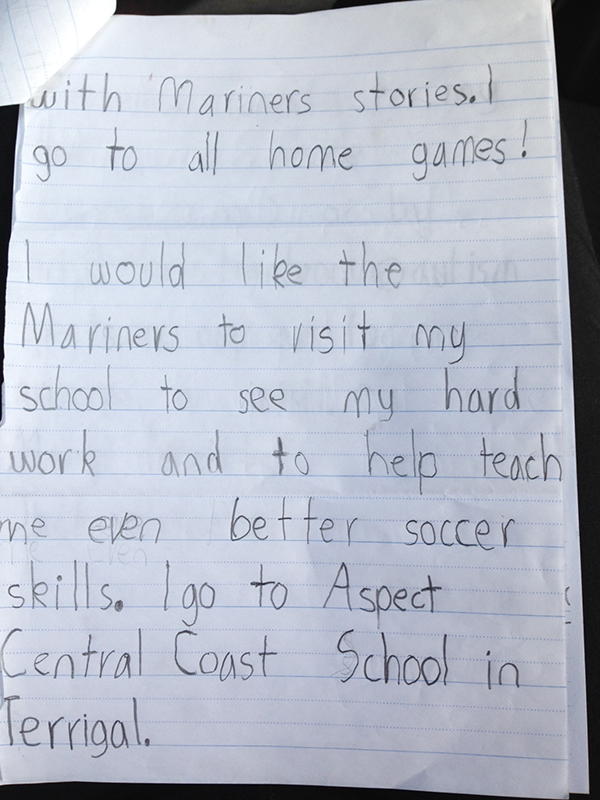