Central Coast Mariners’ young guns Trent Buhagiar and Liam Rose linked up with their Young Socceroos teammates on the Central Coast this week in preparation for a range of upcoming tournaments.

The camp is the first of three that Head Coach Paul Okon will hold in the lead up to the AFF U19 Championship (11-24 September in Hanoi) and AFC U19 Championship (13-30 October in Bahrain) with the ultimate goal to qualify for the FIFA U20 World Cup in 2017.

For Rose it was a return to the national team set up that he has become so familiar with since his time with the Joeys as an under 17 but for Buhagiar it was his first selection for a national team camp.

Speaking after their training session on Wednesday at Central Coast Stadium, both Rose and Buhagiar mentioned how proud they were to be selected to join the Young Socceroos in camp.

“This is my new home, great place to have a camp and great facilities at Central Coast Stadium and it’s always good to be in camp,” Rose said. “We have a really important time ahead, our aim is to qualify for the World Cup and do well at that World Cup.

“We’re taking it one step at a time: we’ve got a few camps coming up and an overseas tour which will prepare us well for the tournament and hopefully we get to that World Cup.

“There’s no better feeling than representing your country, it’s everyone’s goal. Obviously this is the 20s and everyone wants to make it to the Socceroos but it’s a good achievement and hopefully we can both make the squad to play the qualifiers,” Rose said. 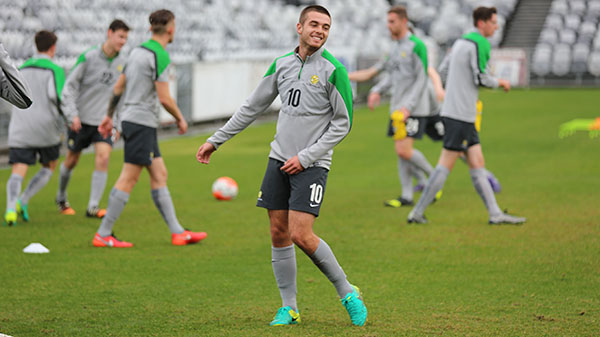 Buhagiar said being in camp with the Young Socceroos is an invaluable experience and one that he won’t be taking for granted.

“I am finding it really good, the boys have made me feel welcome, training is hard but I’m just ripping in, trying to do my best and hopefully make it into the team that goes to the World Cup,” Buhagiar said.

“Being asked to join a group of players to represent your country is a privilege,” Buhagiar said.

The following two training camps will be held from 8-11 August in Sydney and 22-25 August back on the Central Coast.

The AFC Championship also doubles as qualifiers for the next FIFA U-20 World Cup. 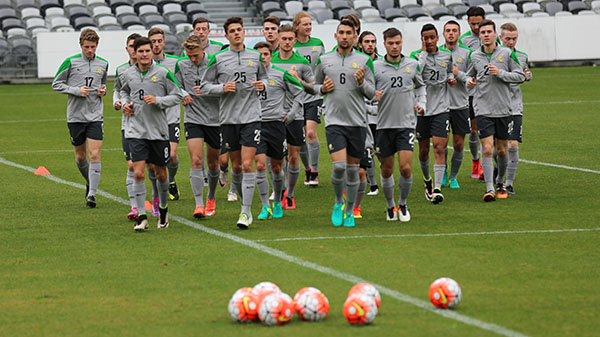