Tom Hiariej & Wout Brama have added a Dutch flavour to the famous beverages at Six String Brewing Co. & the Mariners are excited to unveil a limited-edition beverage package personally brewed by the flying Dutchmen themselves*.

Both Tom & Wout took a crash course in brewing at Six String Brewery – the result: The ‘Six Stripes Coastie Lager’ which is a limited-edition Mariners beer, packaged in a collector’s can that dons the faces and signatures of our Dutch Duo.

Whilst Tom & Wout were at Six String, they also tried their hand at freshly squeezing themselves some famous Six String lemonade that will also be made available for Mariners fans to quench their thirst over the summer. Whether you’re buying it to collect, drink or gift – you need to get in quick. Only one batch has been brewed so stocks are strictly limited. 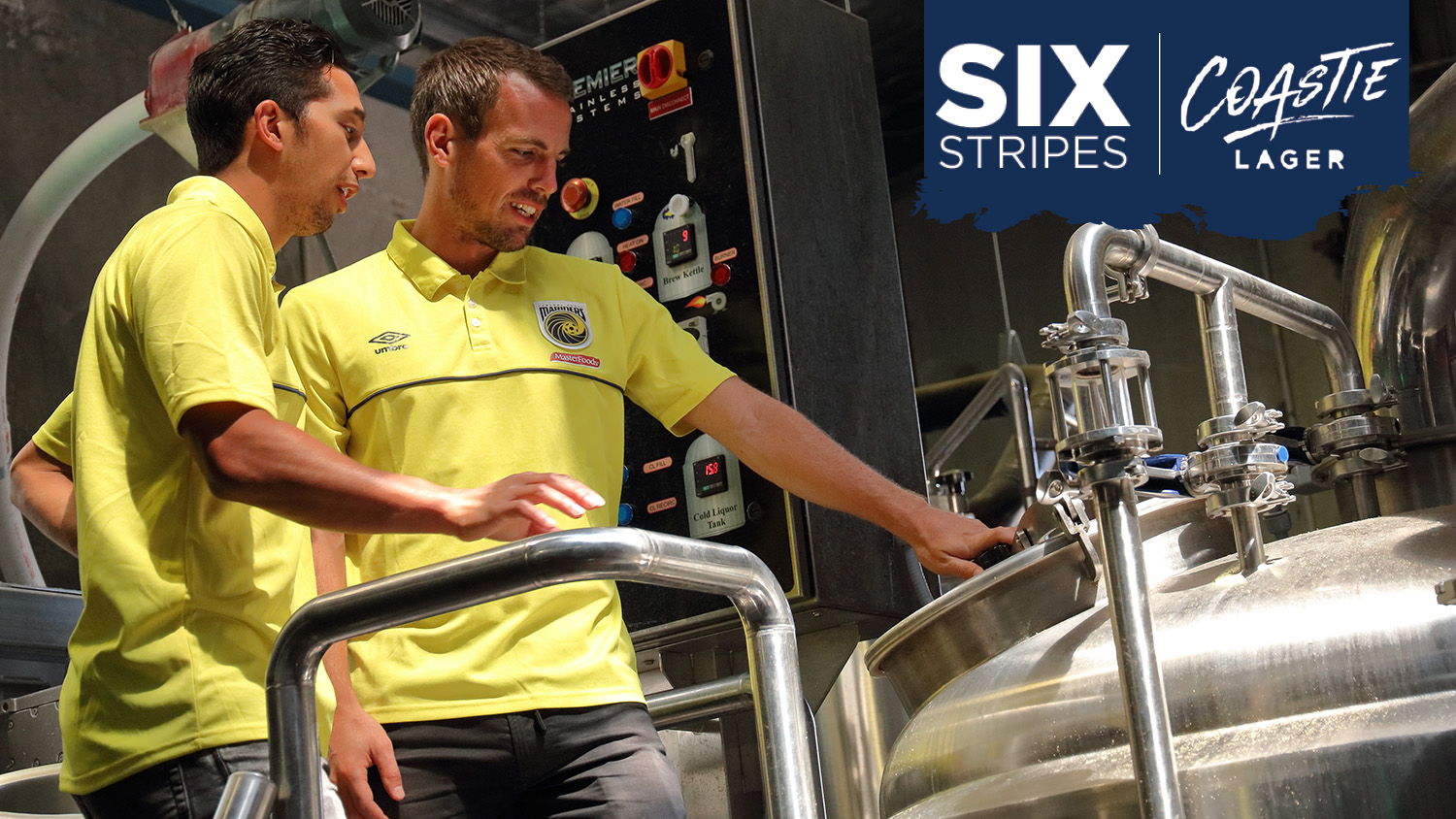 In just ANOTHER reason to get excited for Sunday’s fixture, the Six Stripes Coastie Lager will be available and on tap at the Mariners Pre-Game Function at the Gosford Bowling Club from 3pm (entry to the right of the eastern gate at Central Coast Stadium). To help celebrate the arrival of summer, those over the age of 18 will be treated to one complimentary Six Stripes Coastie lager to help stay cool ahead of kick-off.

Grab the perfect Christmas gift for that special someone who loves football! For just $120 you can give the gift of football that includes six matches of your choice at Central Coast Stadium and a six pack of the Six Stripes Coastie Lager! *(terms and conditions apply)

The Summer Six Pack will be specially packaged and immediately ready to put under the Christmas tree with NO WRAPPING REQUIRED!

For those who are already Mariners Members or want to purchase the cans to collect as a piece of Mariners Memorabilia – you can visit Six String Brewery at Erina to grab a Six Pack of ‘Six Stripes Coastie Lager’ for your mantel piece.

For the craft beer connoisseurs, the beverage itself is a Dutch tweak of the famous ‘Six String Coastie Pale Lager’ – an easy going laid back lager at its best. Tom & Wout played a part in the brewing process of the Australian pale malt Lager. It’s unfiltered crisp, clean, simple, light body allows the Australian hops and malt to shine through. It’s late hopped to add an extra aromatic character. 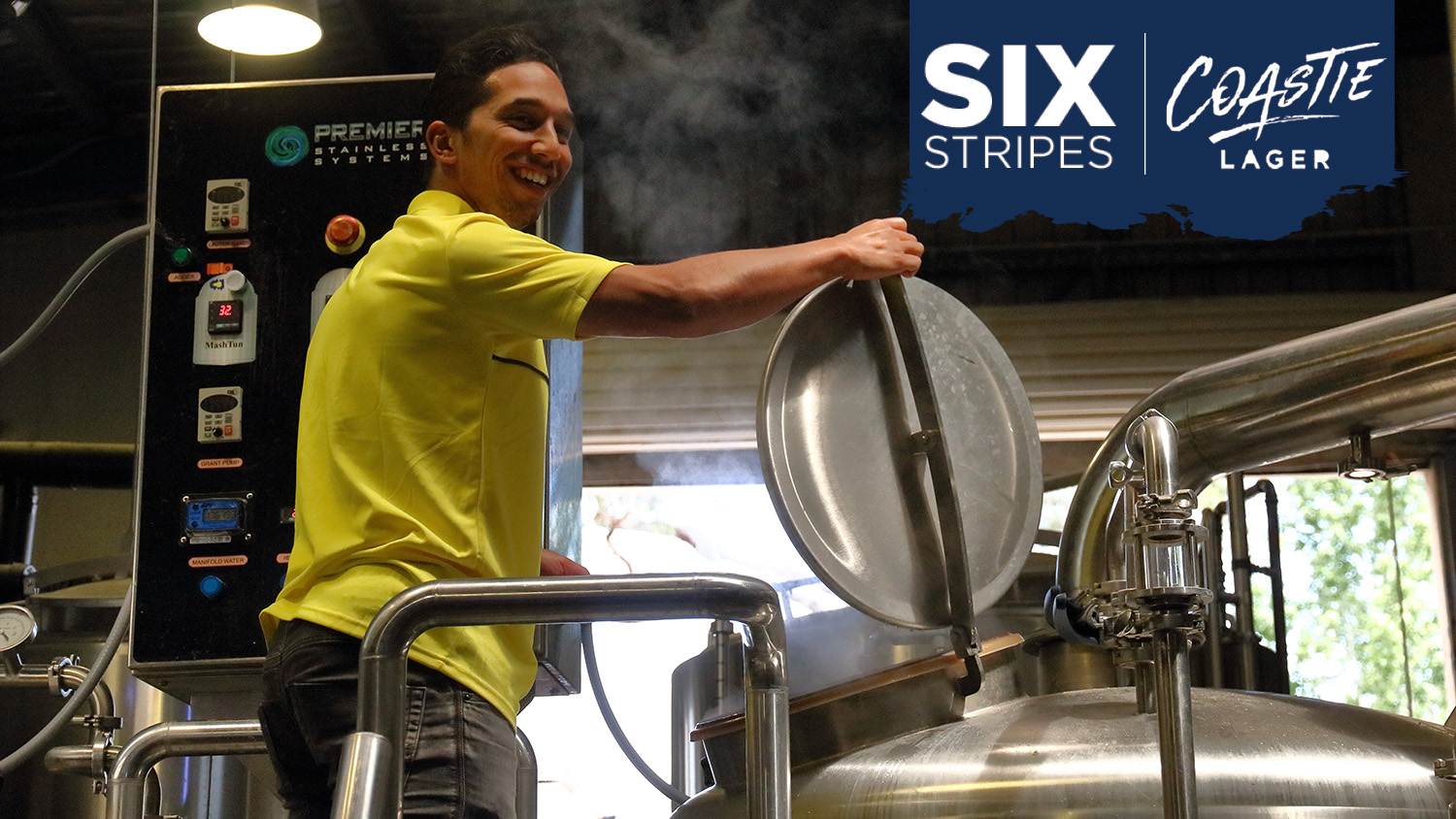 The Six String Lemonade is as it should be, just lemon juice from local farms, sugar and sparkling water. Nothing else. The perfect, refreshing option available with the Summer Six Pack to any football fan on the Coast!

The Dutch are well known for their football and beer brewing, so to combine the two right here on the Central Coast is a match made in heaven to ensure that the legacies of Tom & Wout extend beyond the football pitch.