Spanish great Luis Garcia believes he won’t be the last Spaniard to play in the Hyundai A-League, saying he believes the lifestyle and improving league in Australia will attract more of his countrymen.

This season has been a big one for Spanish players in the A-League.

The former Barcelona, Atletico Madrid and Liverpool star inked a short-term marquee deal  at Central Coast in January just weeks after playing in a Liverpool Legends game in Sydney.

Prior to Garcia’s arrival, Wanderers signed three Spaniards (and a Spanish assistant coach) in the off-season, while Diego Castro, the ex Sporting Gijon and Getafe forward, inked a deal with Kenny Lowe’s Glory. 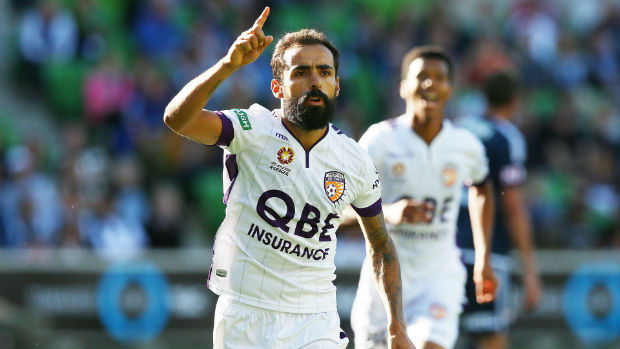 Castro has since  become one of the best strikers in the league.  Similarly Corona at Brisbane Roar has been a huge success in John Aloisi’s midfield. The Queensland club also picked up Spaniard Javier Hervas.

“Hopefully we can open up a door for Spanish players to come here,” Garcia told www.a-league.com.au

Garcia’s contacts in Spain would be invaluable for Tony Walmsley should the Mariners coach look to Garcia’s nation in the next transfer window.

Mariners striker Roy O’Donovan has already urged the club to sign a couple of experienced players, particularly in central defence, as the club looks to supercharge its relatively young squad which currently sits bottom of the A-League.

And with Garcia’s contacts, we may see more players from La Liga at Central Coast and across the league. 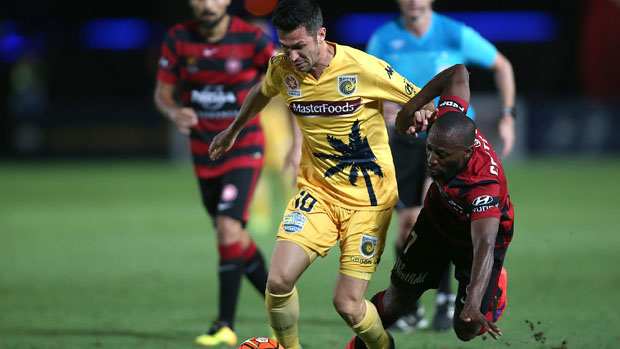 “They know Australia is very far but Spanish players are no longer that scared to leave Spain, so hopefully like I said many more Spanish players can come here and enjoy the league.”

Above: Luis Garcia unboxes the latest Visaro Boots from New Balance, to get access to exclusives from NB join http://www.newbalance.com.au/blackoutsquad/