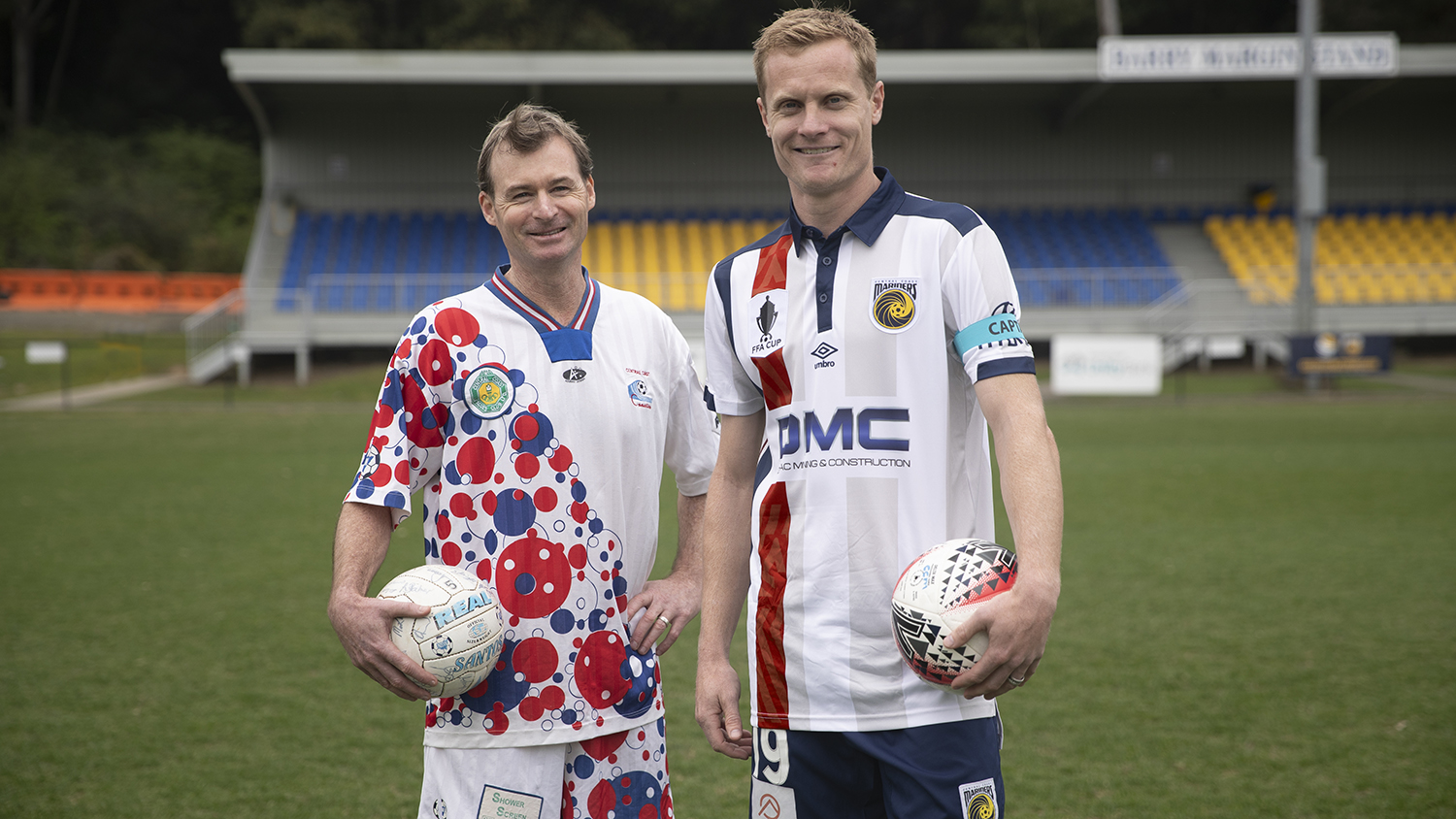 On the eve of the Club’s FFA Cup Round of 16 meeting with Brisbane, Michael met Club Captain Matt Simon and Jordan Murray to get an exclusive look at the kit that will be worn on Wednesday night.

In addition to their partnership with the Mariners, Michael and the team support a range of grassroots clubs across the Central Coast in Rugby League, Rugby Union, Cricket and Football which signifies their support for the Central Coast Community along with supporting South Sydney, Sydney Roosters and Manly in the NRL on the national stage.

“DMC are really proud to be supporting a great sporting organisation right here on the Central Coast who are constantly giving back to the local community,” Michael said. “The Central Coast is a family oriented area and a great place to live which we want to help showcase to the rest of Australia.

“We want to see the Mariners succeed and hope to play a part in that. The Mariners have created great experiences for our family and friends and the club shares many great family values with DMC.

“This is not only great way for DMC to gain exposure across Australia but also help grow the talent pathway for young footballers on the Central Coast,” Michael said.

“We would like to take this opportunity to thank Michael and everyone at DMC for their commitment to the Central Coast,” Mielekamp said. “Seeing the DMC logo not only on our kits but at sporting grounds all over the Central Coast, shows just how much they value Central Coast sport.

“As a community club that holds the Central Coast at the core of everything it does, it is really exciting to be working with partners like DMC who share similar values,” Mielekamp said.

“Alen [Stajcic] has spoken about the FFA Cup being crucial to his side’s preparations for the season, so to have the DMC logo on the front of the FFA Cup kit for that campaign is something we are really proud of,” Mielekamp said.