It’s Female Football Week and with the PS4 NPL 2 season starting for our women’s teams this weekend, it’s time to highlight two of our players: Georgia Davis & Candice Phelan who juggle elite football with carpentry apprenticeships.

Georgia (18) and Candice (26) are two players who will line up in the PS4 NPL 2 for the Mariners Academy when they swap their tool belts for football boots.

As a part of Female Football Week celebrations, the Mariners are hosting a FREE Female Football Clinic at the Central Coast Mariners Centre of Excellence on Friday March 9 for girls aged 8-12.

It all starts tomorrow in centre court at @WestfieldAU Tuggerah from 3:30pm – 5:30pm.

The Mariners are encouraging girls to play football and our free clinic is the perfect chance for girls to get in and give it a try. No previous football experience is required.

Candice and Georgia spoke highly of Female Football Week and say that it’s a great opportunity to emphasise the great work being done in the women’s game.

“For us, opportunities like this are pretty special,” Davis said. “It’s not often that female football takes centre stage but thankfully football for girls is becoming more and more popular as the years go by,” Davis said.

“Female Football Week is a fantastic initiative that gets the girls in the limelight a bit,” Phelan said. “So, to be able to shine a light on female football and get more girls playing is great for the game.

“With the Matildas doing such a great job on the world stage at the moment, they are flying the flag for female football which I’m sure is getting more and more girls involved,” Phelan said. 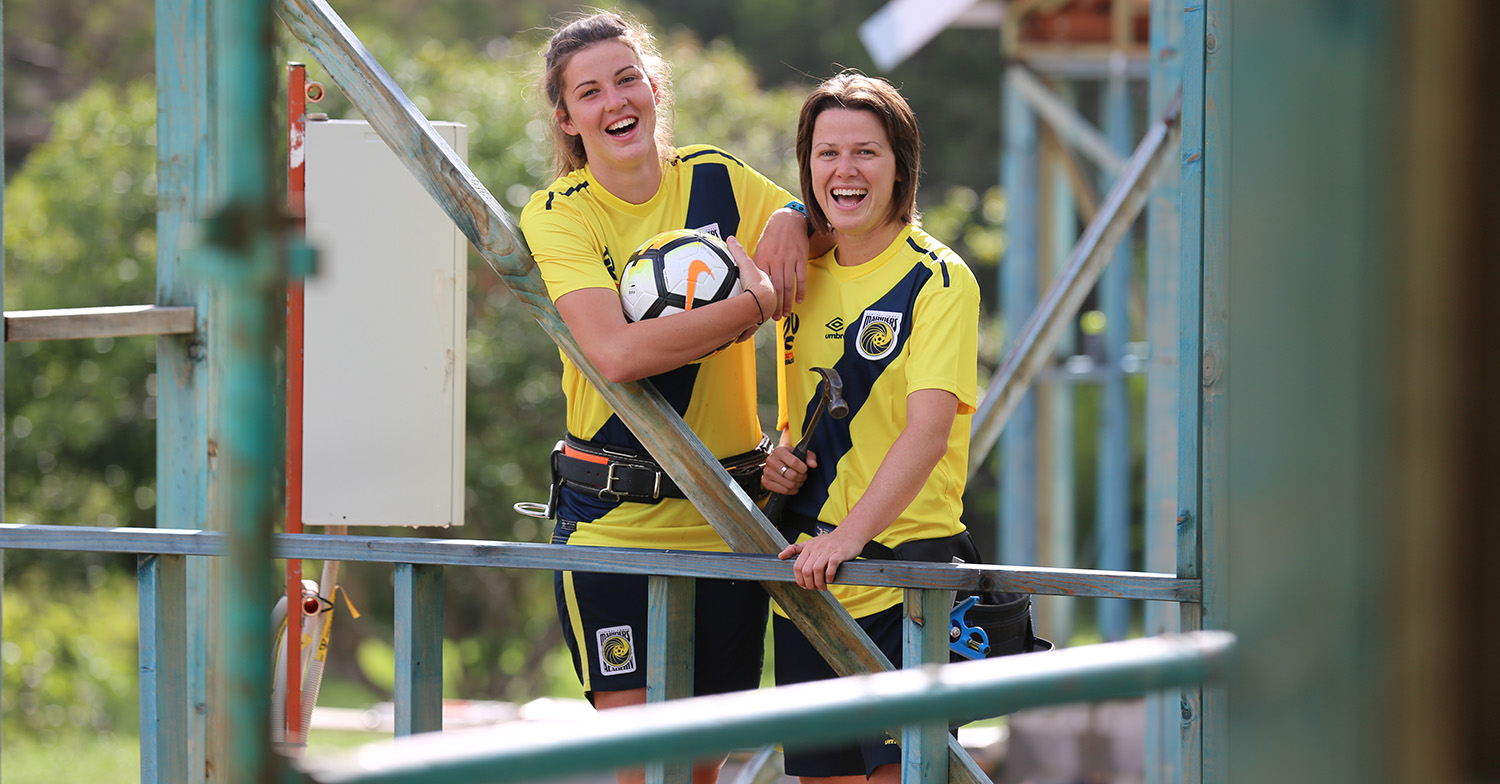 Both Georgia & Candice are in the first year of their carpentry apprenticeships and were born and raised on the Central Coast. The talented duo couldn’t be prouder to represent their local region, wearing the Mariners’ badge.

“I’ve been playing football for 12 years,” Phelan said. “Football at the Mariners Academy is awesome, the coaching standards are high and the girls are great!

“The balance can sometimes be very difficult but at the same time we enjoy it and always find a way to make it work. I work with my brother at ‘Fifty7 Projects’ who is a pretty decent boss who gives me time off when I need it.

“I’ve always lived on the Central Coast, so it’s great that I get to represent my region week-in-week-out, which not that many girls get to do, so I need to take that with both hands,” Phelan said.

“I’ve been playing football for 10 years and it all started in my juniors with the Wyoming Tigers,” Davis said. “I started in the Mariners pathway when I was 12 and have been with them ever since.

“Sometimes it’s tough juggling work with football but the business I work for, Mudgecorp, have been great. There’s not many businesses that would do that so I have to thank them as well.

“I love football, I don’t know what I would be doing without it,” Davis said. 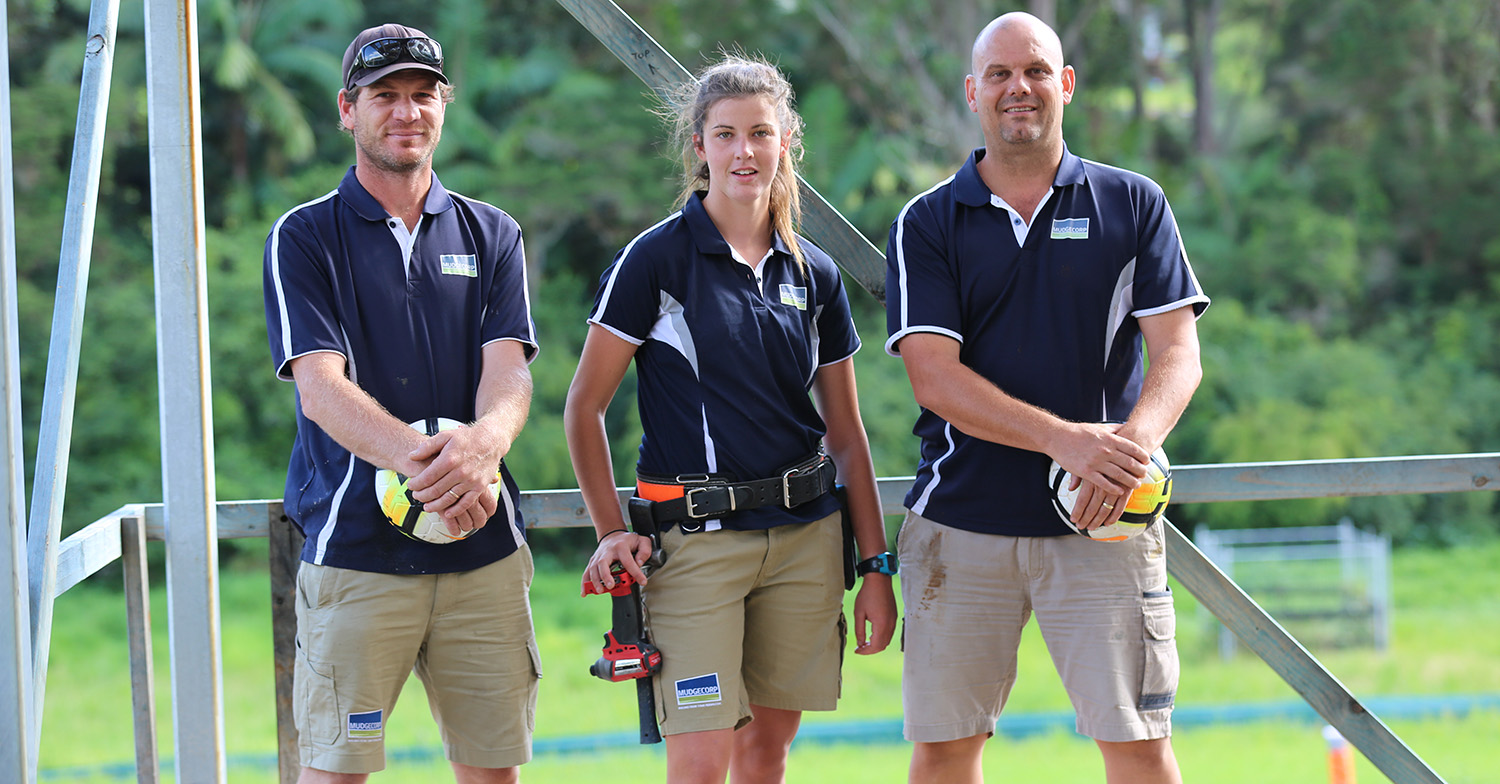 The Central Coast Mariners Academy kick-off their season with an away trip to face St George FC this Sunday and the girls are hopeful that with Head Coach, Dan Barrett at the helm and a great group of players, they are in for a successful season.

“I’m a striker so hopefully I can score goals but as a team, we want to earn promotion into the top league next season so we’re really pushing to finish in the top two,” Phelan said.

“We have to travel to Sydney every second week or so for our away games which is tough but we all love it and make it work. We’ve got plenty of young exciting players with bright futures so I’m sure we will have a great season,” Phelan said.

“We’re lucky enough to have a great coach in Dan Barrett who has brought some great players back to the Coast and we’re all confident that we’re up for an awesome season,” Davis said. “For the Mariners Academy, it’s great that participation numbers for female football is growing and with that more girls are starting to return to the Mariners Academy from teams in Sydney. It’s really exciting to see how quickly female football is growing on the Central Coast.

“We look forward to seeing plenty of young girls at the free clinic on Friday and urge any girl that’s thinking about playing football to give it a go, you’ll love it,” Davis said.

For businesses on the Central Coast there are partnership options available to support female football. To find out more, e-mail academy@ccmariners.com.au 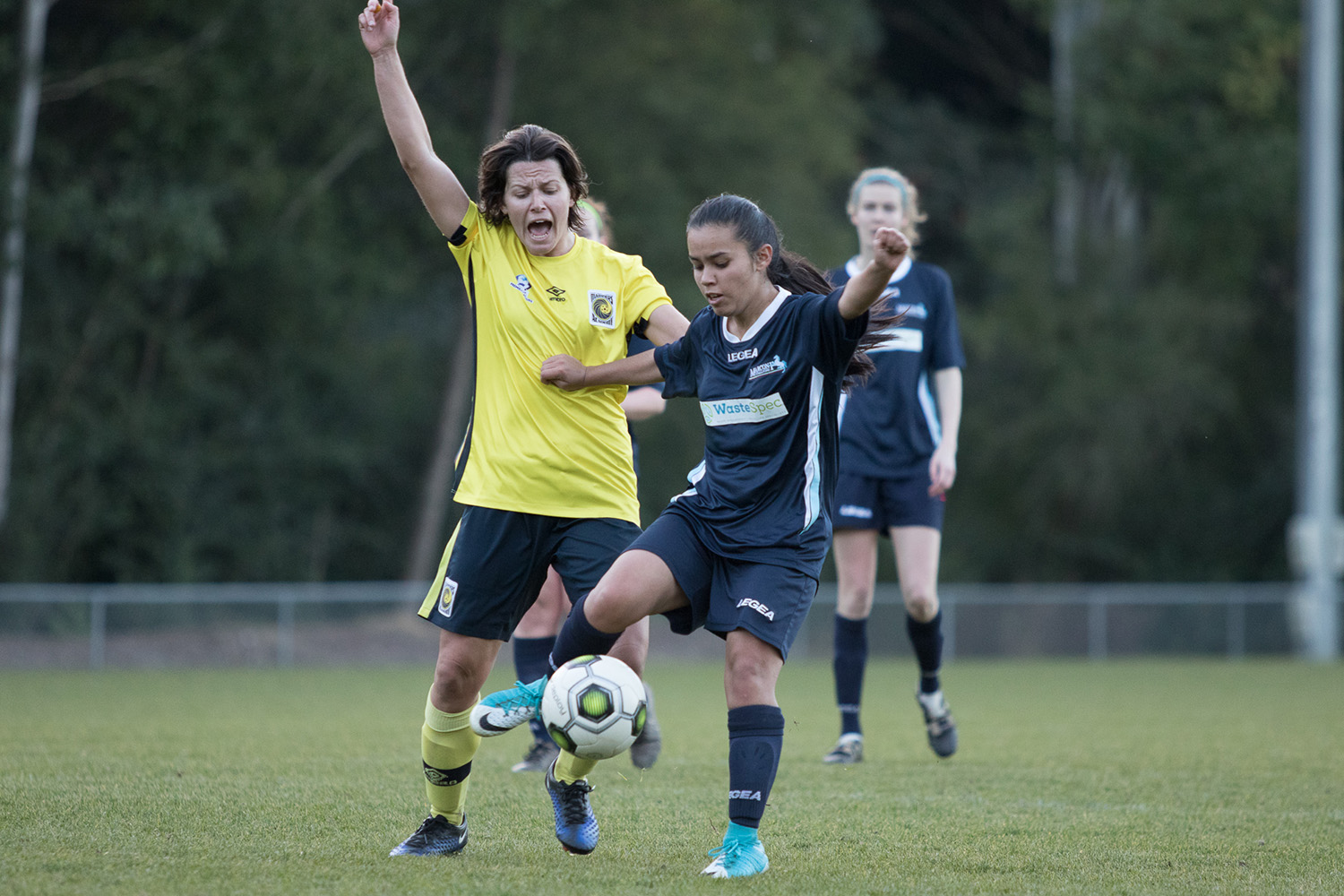