The Central Coast Mariners today welcome the news from Football Federation Australia that the club’s final home game of the season against the Newcastle Jets will be re-scheduled from Friday April 13 to Saturday April 14.

Football Federation Australia (FFA) today announced three changes to the Hyundai A-League 2017/18 season draw following a period of planning and consultation with clubs, broadcast and commercial partners, and other stakeholders.

The changes made to the season draw support the international ambitions of the clubs competing in the 2018 AFC Champions League. 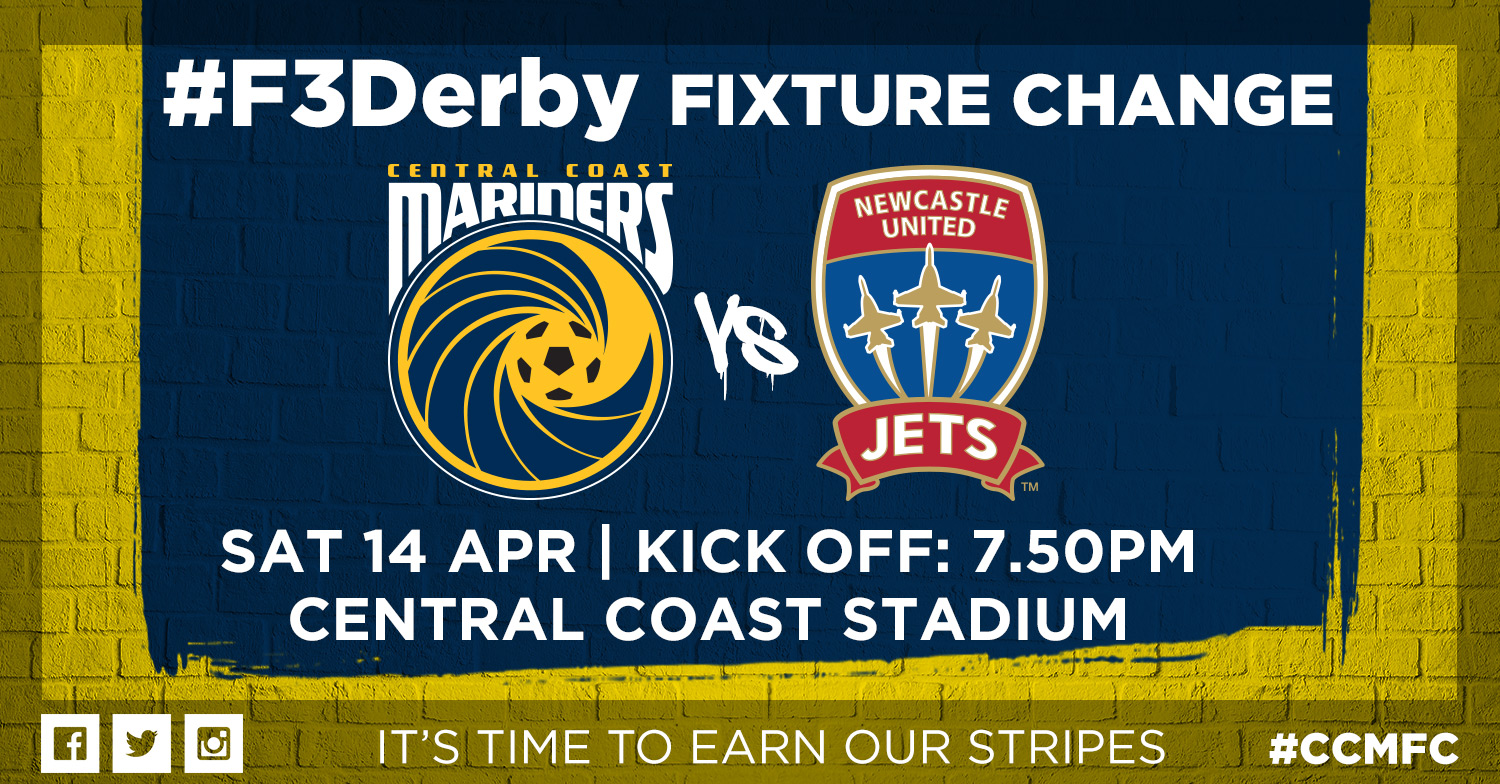 The Central Coast Mariners would like to take this opportunity to thank Football Federation Australia and Fox Sports Australia for maintaining flexibility in the Hyundai A-League Draw.

The change from Friday to Saturday gives more life to the thriving #F3Derby that has grown from strength-to-strength over the past season and a half.

It is anticipated that shifting the match from Friday to Saturday will allow more Newcastle Jets Members to travel from Newcastle as a part of their membership thanks to the reciprocal membership deal between the two clubs as well as becoming a more appealing fixture for the large portion of Mariners fans that commute for work.