It seems adjusting to things off the pitch more so than on it could be the key to success for new Central Coast Mariners signing Connor Pain.

The lightning-quick winger has started training with the Mariners this week after his switch from Hyundai A-League rivals Melbourne Victory at the end of last season.

“It’s a big change for me, moving out of home for the first time…but I’m adjusting well,” said Pain after revealing he’s moved into a place with new teammates Storm Roux and Liam Rose.

“But they said ‘you’ll fit right in’. So it’s a good start to move in with boys like that.”

While things off the pitch might take some getting used to, it’s on it where Pain hopes to make things count in 2016/17.

He heads north having made 53 appearances for Victory since his debut in 2013, but many of those were as a substitute.

Now 22, he feels he is ready to establish himself in the A-League and be an important player for the Mariners.

“I just want to be playing more football. My main aim is to be starting games and playing a lot more than I have been in the last couple of years,” he said.

“And I want to help this club get back to the way it was previously, obviously a big club that has done some wonderful things in the A-League and they want to get back to that.

“[Coach Tony Walmsley] seems like a great guy and someone I can talk too on a regular basis,” he added.

“He wants me to be an attacking-minded player that maybe they have been missing and just to get at players and create chances for the boys up front.” 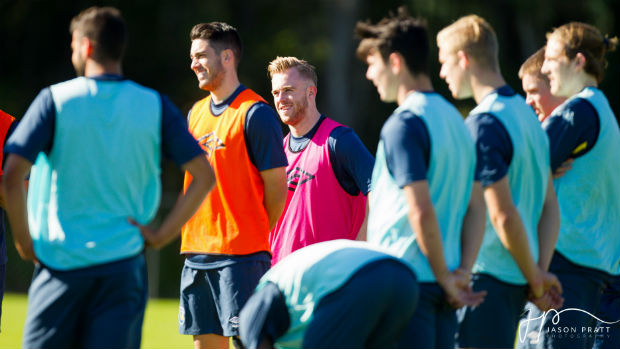 Pain moved to the Mariners as part of a swap deal that saw Mitch Austin head to Victory.

While admitting there were “a couple of clubs sniffing around”, he had no hesitation joining the Mariners believing the club is the “best fit” for him.

This despite the Gosford enduring a horror 2015/16 campaign, winning just three matches and claiming the wooden spoon.

“They obviously didn’t have the best year last year but the only way is up,” Pain believes.

“Through the recruiting as well we’ve got Mickael [Tavares] and Jacques [Faty] coming in, as well as Ivan [Necevski] the goalkeeper.

“And I think there’s a couple more to come as well. It’s exciting times to be here and I’m over the moon.” 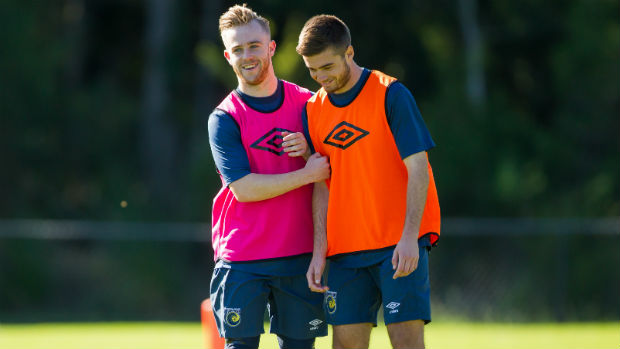