Everything you need to know about New Year’s Eve!

New Year’s Eve is just around the corner and the Central Coast Mariners are looking forward to a blockbuster clash with Tim Cahill’s Melbourne City.

It’s going to be one of our biggest games of the season but there’s more than just football to look forward to this New Year’s Eve!

Yes, the Socceroos greatest ever goal scorer is coming to Central Coast Stadium but we’re also giving away free Icy Poles, access to Gosford Races during the day, a pre-game function at the bowling club and the day finishes up with a fireworks spectacular on Gosford’s Waterfront.

We’ve done all the hard work and planned your day for you. See you on Saturday!

It’s the last race meeting of the year and one of the biggest events on the local calendar. With your Mariners Membership Pass or Match Day Ticket, the Entertainment Grounds will grant you free access to their race day with the last race of the day jumping at 5:30pm.

Featuring live racing action, live entertainment and plenty of fun for the kids from 12:00pm, spend your day at the races before heading across to Central Coast Stadium. 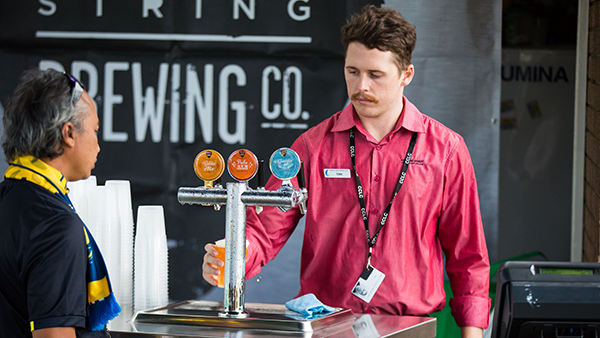 The action starts at Central Coast Stadium from 5pm with our pre-game function at the Gosford Bowling Club (next to the Eastern Gate).

Thanks to the Six String Brewery and Central Coast Leagues Club our Pre-Game Function will be hosted in the Gosford Bowling Club where you will be able to try the Coast’s best craft beer thanks to Six String Brewery whilst hearing from Club CEO Shaun Mielekamp.

After you’ve had some dinner and a few cheeky New Year’s Eve drinks, the Pre-Game Function will have a visit from a selection of non-playing Central Coast Mariners players and Mariners VIPs.

We’re set for a scorching day over 30 degrees so we’re giving away Icy Poles to the first 1000 people through the gates! For those who are enjoying the pre-game function we will also stop by with Icy Poles to keep everyone cool.

What more needs to be said about this fixture? Tim Cahill will be in action at Central Coast Stadium, not to mention the return of former Mariners Josh Rose, Anthony Caceres and Nick Fitzgerald.

Let’s end 2016 on a high like we did against Wellington Phoenix last New Year’s Eve and take all three points from the high flying Melbourne City.

Straight after full time you can turn your attention to Gosford Waterfront where the Fireworks Spectacular will commence thanks to Mars Food and GBID.

After the football festivities in Central Coast Stadium enjoy the biggest fireworks display on the Central Coast, kicking-off at 9:15pm.