De Silva: Why I Chose the Mariners

After his first training session at the Central Coast Mariners Centre of Excellence, 20-year-old midfielder, Daniel De Silva has revealed how he was lured to the Mariners.

Since arriving back in Australia from Europe in January, De Silva has followed a strict training regime in a bid to return to full fitness and take the Hyundai A-League 2017/18 season by storm.

With two training sessions to his name as a Central Coast Mariner, De Silva fronted the media at the club’s Centre of Excellence and spoke positively about the Central Coast and club’s training facilities.

“It’s been good I’ve enjoyed my first couple of training sessions with the boys,” De Silva said. “They are all great lads so it’s been good to get a feel for the team and how certain players play.

For De Silva, arriving on the Central Coast was due to one major factor. Head Coach, Paul Okon.

“I worked with Paul Okon in the national teams and he gave me a lot of opportunities as a young player so I am glad that I am here now,” De Silva said. “I am looking forward to being able to work with him full time here on the Central Coast.

“Having worked with Paolo before I know what he expects from his players and from his team so I don’t think that’s going to change too much. It’ just now about learning the way that he wants us to play, the formations and the style which is what the pre-season is all about. – so, by the end of the pre-season we will be ready to go.

“Paul Okon plays one of the best styles of football in the A-League,” De Silva said. “By the end of the season if we can execute it – we will be very dangerous and teams will find it very difficult to stop us so that was one of the biggest factors of why I chose to come here,” De Silva said.

After two seasons in the Netherlands with Roda JC Kerkrade, De Silva is excited to return to Australia and recapture some of his best form with the Mariners.

“I’m very keen to get back on the pitch because it’s been a while since I’ve played a match,” De Silva said. “I am working hard on getting my full fitness back and really looking forward to being back out there.

“Right now, I feel strong, I feel fit so now it’s about getting the match fitness which is the only thing I’m missing,” De Silva said. “That takes time but I am prepared to work hard to achieve that.

“I recently spent some time in Melbourne doing a training camp with Tim Schleiger which was really good and I did a lot of work to get stronger. I came away from there with a really good understanding about how to maintain my body throughout the season so I can be injury free.

“Obviously, I’m still developing and still learning but I am very happy to be here now – I’m in a good environment with the players and staff who look after their players very well so I am looking forward to a successful season,” De Silva said.

At just 20-years-of-age the rewards on offer for a big season are limitless. But with Socceroos call ups and a return to Europe all possible outcomes, De Silva is fully focussed on contributing to the success of the Mariners.

“My number one priority is to play well for the Central Coast Mariners for as long as I’m here,” De Silva said. “If the opportunity arises for me to go back overseas than that would be amazing but for now my priority is this club.

“I know that if players perform well and do good things in the A-League, the Socceroos are always watching. If I have a good season and do well then hopefully I will be able to earn those opportunities with the Socceroos again,” De Silva said. 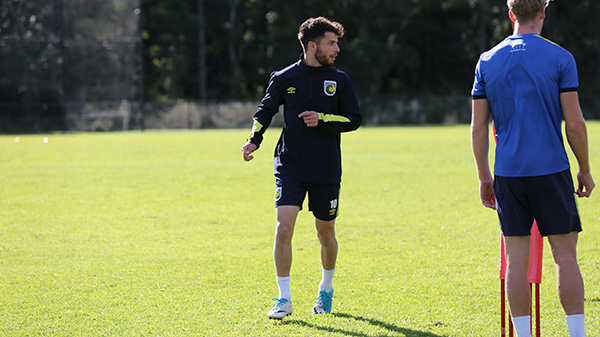