Corey Gameiro: The Mariners are a ‘perfect fit’

After four Hyundai A-League teams, three knee reconstructions and 900 days in rehab, a dauntless Corey Gameiro is confident that he’s found the “perfect fit” with the Central Coast Mariners and Mike Mulvey.

“I’m really keen to be here,” Gameiro said. “The club has been through some adversity in the last few years, that’s clear to everybody. I’ve been through some adversity as an individual, so the offer that I got from Brisbane was nice, but to speak to Mike and to listen to his plans and what he wants to do with this club, it just seemed like a perfect fit for me to re-establish myself and come here and try to help the club in any way possible,” Gameiro said.

In 900 days of rehab, @CoreyGameiro learnt a lot about himself.

‘CJ’ is fit, firing and making the most of his pre-season with the Mariners! ??#CCMFC #ALeague pic.twitter.com/HEpHjr5Bmc

The exciting striker has spent time at Wellington Phoenix, Melbourne City, Sydney FC and Brisbane Roar, as well as stints at Fulham FC and FC Eindhoven in the Netherlands, but the 25-year-old might be most excited at the prospect of participating in a complete pre-season with the Yellow and Navy.

“I’m very excited – for four years I’ve spent playing catch up, doing my rehab, coming in late, and you never fully feel yourself when the season starts,” Gameiro said.

“To be able to start day one of pre-season, new club, with my new teammates and new coach, and everyone else that’s here, all the staff, I’m really excited about this year.

“I’ve got a lot of motivation, I’ve got a lot of hunger.” he said. “I want to try my best to get off on the right foot here and start these pre-season games and get some confidence up because that’s important. You don’t understand and then you take for granted how important pre-season is,” Gameiro said.

At just 25-years-of-age, Gameiro says the adversity has only made him stronger – and only enhanced his passion for the game.

“It’s hard to talk to people about it because they don’t fully understand what I went though, some of the dark and harder days,” Gameiro said. “To spend 900 days in rehab by yourself, isolated, you’ve got a lot of time to talk to your brain and just be by yourself.

“Even though I’m 25 I’ve missed four years, so I still feel like I’m 21 – keen, hungry and ready to get out there and play,” Gameiro said.

Giving up was never an option for Gameiro, who thanked his friends and family for helping him to maintain his focus on getting back to football during rehab.

“For me, there was no alternative, it was ‘what do I have to do to get right?’,” Gameiro said.

“I was very fortunate to have a lot of good people around me. My family and friends were so supportive, because there were a lot of days where I had to lean on people, and I’ll probably never be able to thank them enough for that,” Gameiro said.

Despite missing out on game time, the striker’s injuries have offered him valuable perspective and plenty of confidence to take into the upcoming season with the Central Coast Mariners. 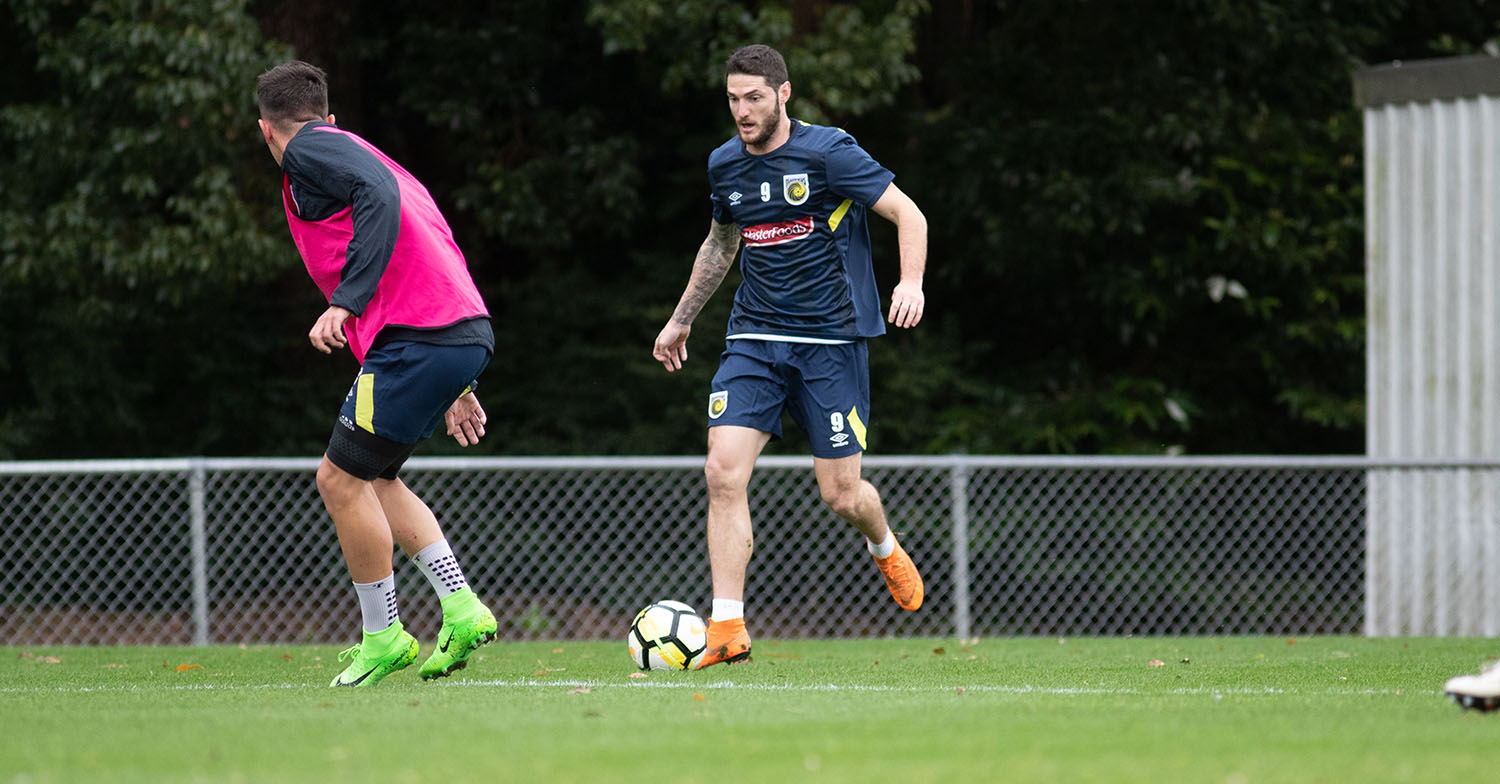 “I feel pretty invincible at the moment, touch wood hopefully everything goes well,” Gameiro said. “When you come through that, anything else in life that comes my way, whether it’s football related or outside football, I feel like I can accomplish anything.

“I don’t say that arrogantly, I say it just because what I did go through as an individual, it does make you stronger, and it really makes you appreciate days like today: a beautiful day out on the field with a good bunch of boys playing football. What a dream job it is for me to have, and I’m so fortunate and I appreciate it a lot more now,” Gameiro said.