CONNOR PAIN: The Man Behind the Mariner

In our first of a series of interviews with the new Mariners recruits, we sat down with Connor Pain to hear about his life off the football pitch and how he is settling in on the Coast.

In many ways, Connor Pain is just like any other twenty-something. He enjoys a round of golf, likes a bit of banter with the boys, and his first taste of living away from home on the Central Coast has seen him conquer the washing machine without having to call home, just yet.

What differs, though, between Connor and the average Gen-Y bloke, is that he’s a pro footballer with a cracking left foot. He has his own Wikipedia page, for starters, and the 22-year-old can already claim a Socceroos cap and a Youth World Cup campaign to his name, oh and he also made headlines in 2013 for a stand out performance against Liverpool FC.

Now, enjoying life in the Central Coast, the Melbourne boy will don Yellow and Navy this season set to bolster the Mariners attacking stocks ahead of Hyundai A-League 2016/17.

“It’s a bit of a change from Melbourne, something different,” Pain said. “But the boys have been really welcoming and I’ve moved in with a couple of them.” Pain said. 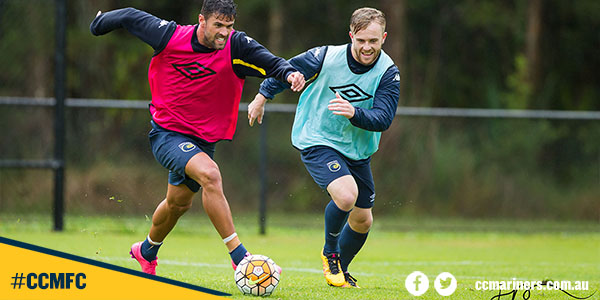 Storm Roux and Liam Rose, his Terrigal flatmates, popped their heads in during our interview to hassle him after training. They’ll often carpool together, Pain said, and have a communal kitchen.

“I try and cook every so often. I’m terrible, absolutely terrible. I’ve got good pasta down packed, it’s a bit of a variety: it’s got pesto and mushrooms and bacon. I’ll claim that, that’s my claim to fame,” Pain said.

Australian football fans would undoubtedly add further credit to his name than cooking pasta, and Pain has an aim to give Mariners supporters plenty to cheer about this season.

“I’m hoping to bring some attacking flair I guess, something a bit different, get in behind the fullbacks and create some chances,” Pain said. “It’s going to take some time to get used to the patterns and there’re a lot of games coming up to do that.”

One of those games is the Mariners’ upcoming Westfield FFA Cup Round of 32 match against Green Gully Soccer Club next Tuesday August 2 in Melbourne.

As much as he’s a Melbourne boy at heart, the winger has loved his time travelling as a professional footballer. Of the 2012 U20 World Cup tour he said “It was awesome to go over [to Europe] and play against some of the best players in the world, all the cliché stuff really, it was probably the best thing,” Pain said.

The expectations, pressure and sacrifices that come with being a professional footballer are not lost to the Hong Kong born attacker.

“I just don’t think about it really, I just shut it out of my head. I treat every game like it’s a game, not about your livelihood. I just kind of play it to enjoy it so that’s something I’ve learnt over the last couple of years I’ve been pro.” 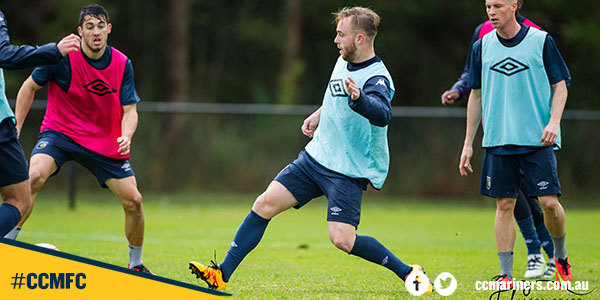 Perhaps he learnt from his granddad, Tommy Casey who managed over 300 professional appearances with the likes of Newcastle United, Bournemouth & Bristol City how to play in the big leagues.

Casey’s career highlights include an FA Cup title with Newcastle where they defeated Manchester City 3-1 in the final and a 1958 FIFA World Cup World Cup appearance with Northern Ireland.

“I sort of grew up with his impact on Mum and him pushing me into football when I was young – not forcing me, but encouraging me – to play football.” Pain said.

His father, Craig Pain, was a rugby player and coach in Hong Kong [where Connor was born and lived for 8 years], so elite sportsmanship is clearly a genetic trait. But as a “just in case, thing,” Pain will add a commerce degree to his name.

“I’m just doing it part time, I’ve only got a year and a half to go now and I’m doing alright, pretty proud of myself.”

With a football game that varies a touch more than his variety of cooking, we’re sure that Mariners’ supporters will have plenty to cheer about when they see Connor in action for the first time this season.

Stay tuned for more ‘Man Behind the Mariner’ stories with our other exciting new recruits.

Want to know something specifically about one of our players? Tweet us @CCMariners and we will do our best to answer.