Football on the Coast will unite on Saturday evening with Central Coast United set to play a curtain raiser at Central Coast Stadium ahead of the Mariners’ final match of the season.

Gates open at 4:50pm for Central Coast United’s round 3 clash against Hurstville FC who will go head-to-head before the Hyundai A-League fixture.

At 7:50pm the Central Coast Mariners will do battle in their final match of the season against the Newcastle Jets. This is your final chance to farewell Club Legend Josh Rose who has announced his retirement upon the completion of this season.

Make sure you stay around after the full-time whistle to farewell Rosey on the fence line after a special presentation. 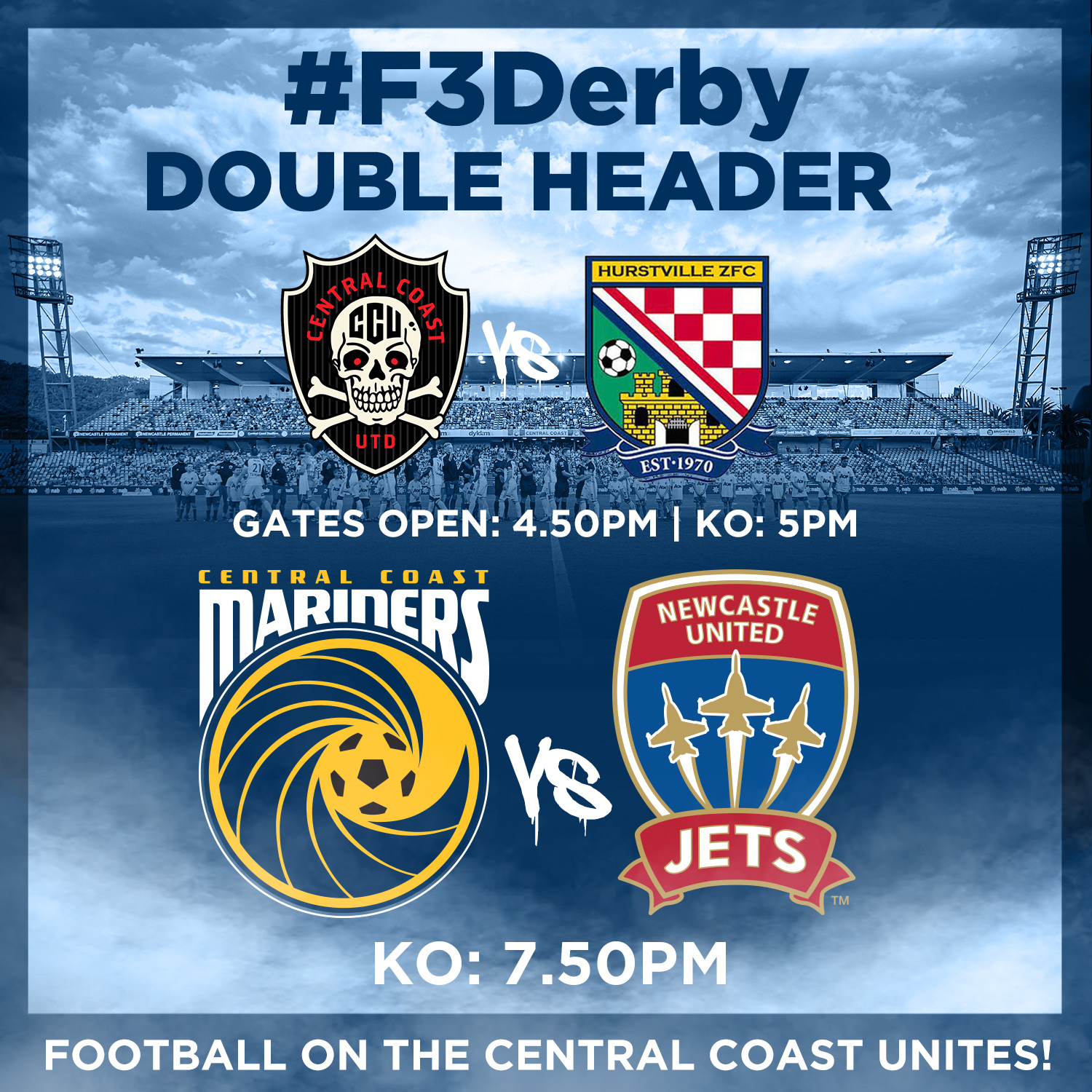