Central Coast Mariners’ Club Legend, Josh Rose has today confirmed that he is set to retire upon the completion of the Hyundai A-League 2017/18 season.

The 36-year-old defender has managed 216 Hyundai A-League appearances, 181 of those with the Central Coast Mariners, making him the second most capped Mariner of all time behind John Hutchinson.

The Central Coast Mariners will dedicate their final game of the season to ‘Rosey’, allowing Mariners’ fans the perfect opportunity to farewell him after the #F3Derby at Central Coast Stadium on Saturday April 14. Kick-off is 7:50pm.

Arriving on the Central Coast in 2010 from Romanian club Universitatea Craiova, Rose made an immediate impact and was voted by his teammates as the best player, winning the prestigious Mariners Medal at the end of his maiden Mariners’ season.

The two-time A-League All Star has experienced the highs and lows with the Central Coast Mariners having been involved with the heartbreaking Hyundai A-League 2010/11 Grand Final but most importantly: lifted the trophy as a Hyundai A-League Champion in 2013.

During his seven seasons at the Central Coast Mariners, the Bateau Bay resident has always been a firm fan favourite thanks to his overlapping runs on the pitch and tireless efforts in the community.

Upon the announcement of his retirement, Josh Rose thanked his teammates, coaches and supporters who have helped him forge a successful career.

“I want to thank every coach that I have had the privilege to play under and all the players I have been lucky enough to share a change room with,” Rose said.

“I want to thank all of the supporters of the clubs that I have been lucky enough to play at. Through the good times, through the bad times it’s always been the supporters who have patted me on the back and without that support, as players it’s impossible to achieve anything. More than anything, the Mariners supporters. I have spent seven years at this club and the support I have received has been absolutely incredible. You don’t understand how much that means to me. No matter what, the fans are there to lift me up and make it worthwhile putting this jersey on every week and give it everything for the Mariners,” Rose said. 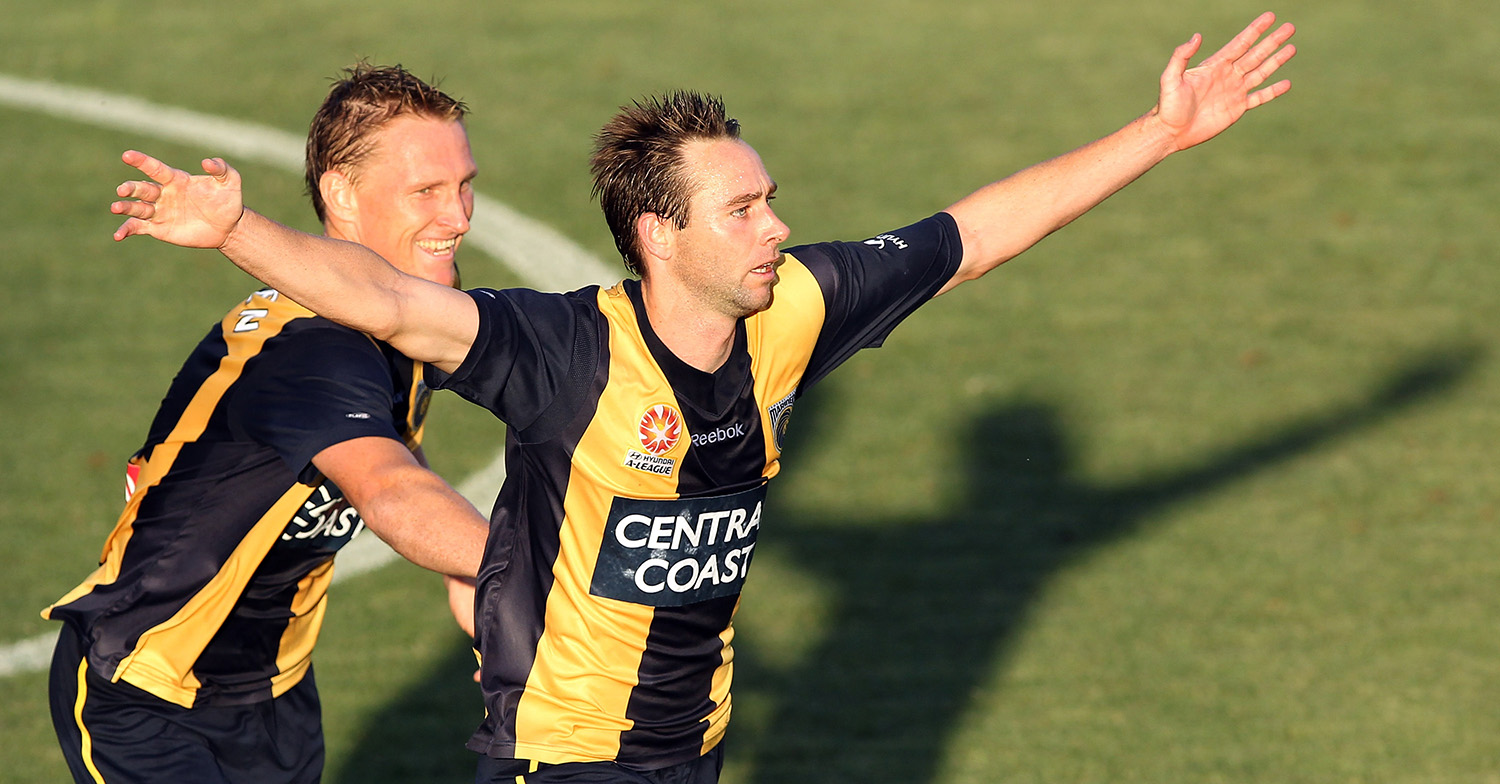 “There are two women in my life that I would like to thank,” Rose said. “My mum. She’s a massive inspiration for me – I grew up in a single parent family, she had five kids and did everything to give her kids what they wanted in life. She was always the biggest believer in me.

“Secondly, my wife Jeni. I have no doubt in my mind that if I didn’t meet Jeni, that there’s no way I could have had the career I’ve had. She’s stood by me through everything,” Rose said.

‘Rosey’ then reflected on the proud memories and friendships he has forged with the Central Coast Mariners. 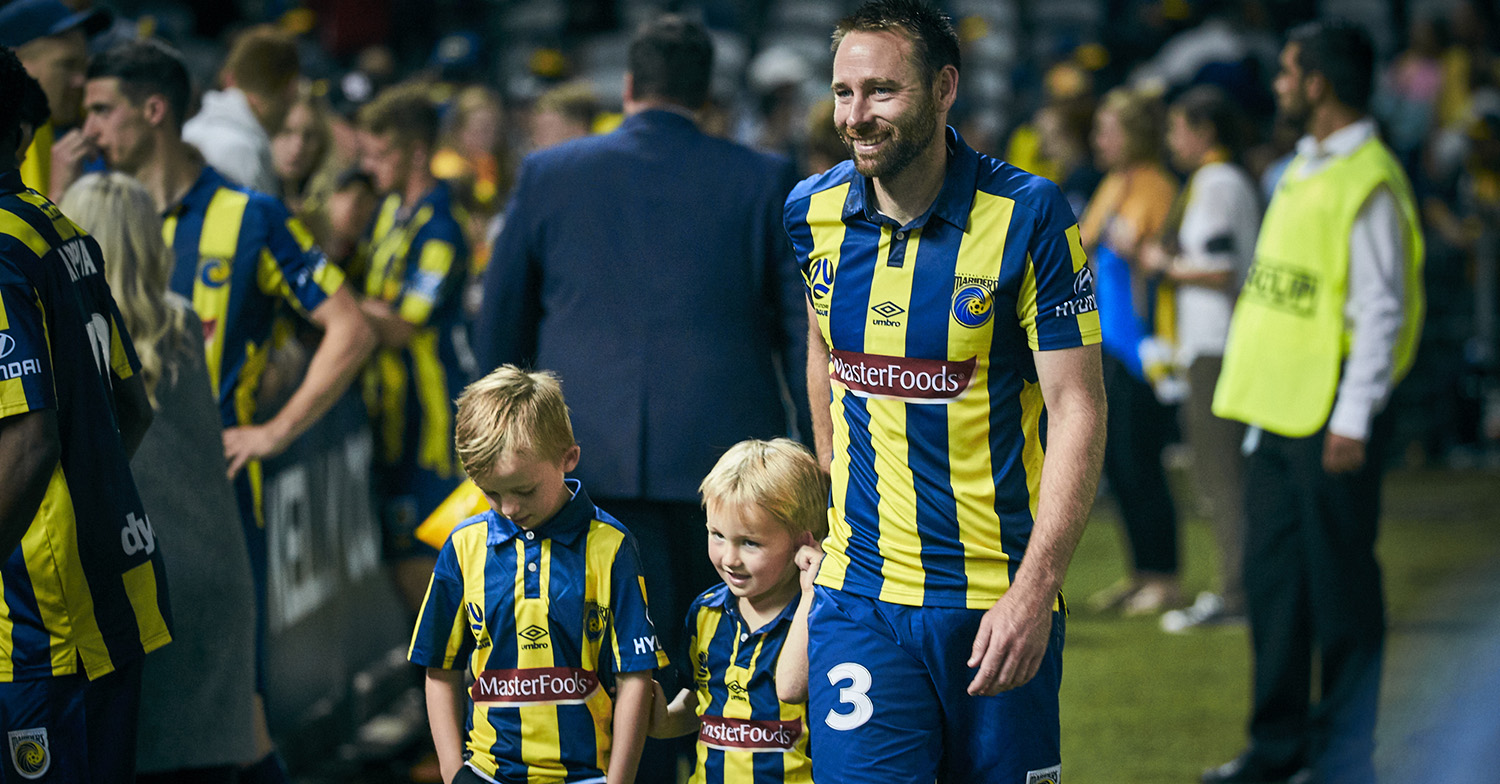 “The Mariners football club is something that will be with me forever,” Rose said. “I’ve spent so much time at this club and I’ve been able to achieve so much and forge friendships in this change room that I will keep forever.

“My three proudest moments with the Mariners are: the 2013 Grand Final win, qualifying for the Asian Champions League Round of 16 to face Guangzhou Evergrande and winning the Mariners Medal.

“Winning the Grand Final was three years in the making – losing to Brisbane Roar and failures like that can undo you or make you stronger, we were lucky enough to have a good enough group that it made us stronger and that Grand Final win even sweeter,” Rose said. 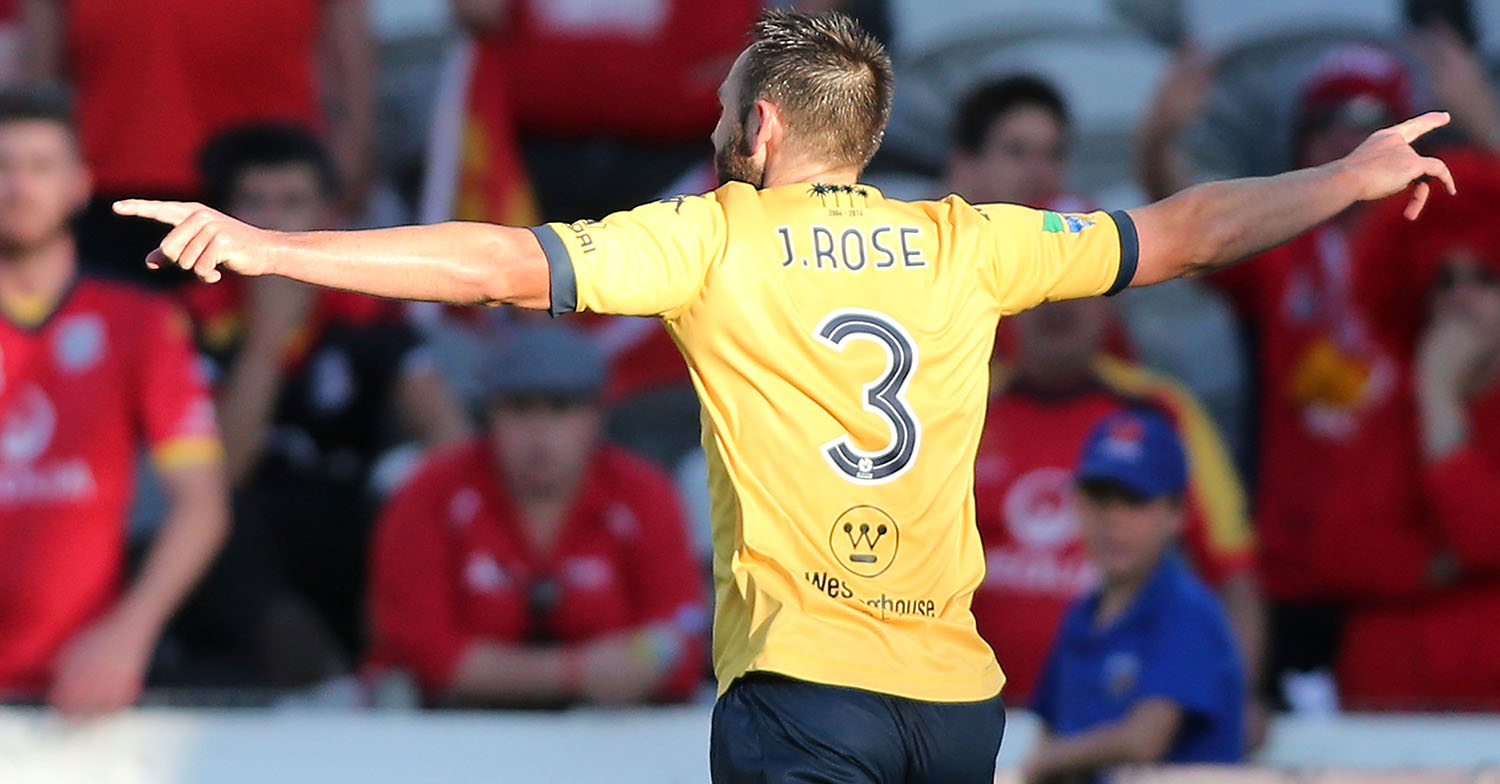 Rose then reflected on the final time he will step onto the hallowed turf of Central Coast Stadium as a Mariner when the Yellow & Navy host the Newcastle Jets on Saturday April 14.

“I’m very happy that my last game will be at home,” Rose said. “I’m really looking forward to it, I’m definitely ready to transition into the next chapter and enjoy my final minutes with the boys, the club and I can’t wait to get out there and give it a good crack and everything I’ve got for one last time,” Rose said.