The Central Coast Mariners are excited to announce the signing of Australian defender, Antony Golec ahead of the Hyundai A-League 2017/18 season.

The Australian Youth International has signed a one-year-deal and will be known to Australian football fans for his 59 combined appearances in the Hyundai A-League with Sydney FC, Adelaide United, Western Sydney Wanderers and Perth Glory.

Golec made his Hyundai A-League debut with Sydney FC against Melbourne Victory in 2008 and was part of the Western Sydney Wanderers’ 2014 AFC Champions League title and the club’s fifth placed finish in the 2014 FIFA Club World Cup campaign.

During the 2016 January transfer window, Golec’s European adventure began where he signed with Sheriff Tiraspol in the Moldovan National Division. Golec went on to play a crucial role in the club’s Championship winning season and qualification to the UEFA Champions League playoffs.

Paul Okon worked with Golec as Assistant Coach of the Olyroos in 2012 and says that he has what it takes to lead the younger defenders. Okon welcomed Golec’s defensive attributes and assessed him first hand after bringing Golec into the squad for training during May.

“Antony is a left-sided stopper which I’ve always had in my teams,” Okon said. “Having a left sided defender when you’re in possession gives you the advantage of being able to reverse pass which is sometimes difficult for a right-sided stopper playing on the left.

“He gives us a lot more height at the back, he’s a big, strong defender who is quite aggressive and we’re hopeful that within our playing style and the way we train that Antony will improve as a footballer. He’s at a good age where he’s accumulated a bit of experience in his travels, he’s won an ACL with the Wanderers but he’s still at an age where we think he will be able to learn.

“Golec surprised us actually, physically he really stood up when we trained quite hard. He hadn’t played for quite some time and we wanted to see how he would fit into our environment, into our training methods and we felt that he excelled. He was good in the group, he has a great attitude so from that perspective it was an easy decision once we had seen him here,” Okon said.

Golec is looking forward to doing battle in the Hyundai A-League after plying his trade in Europe and Asia. 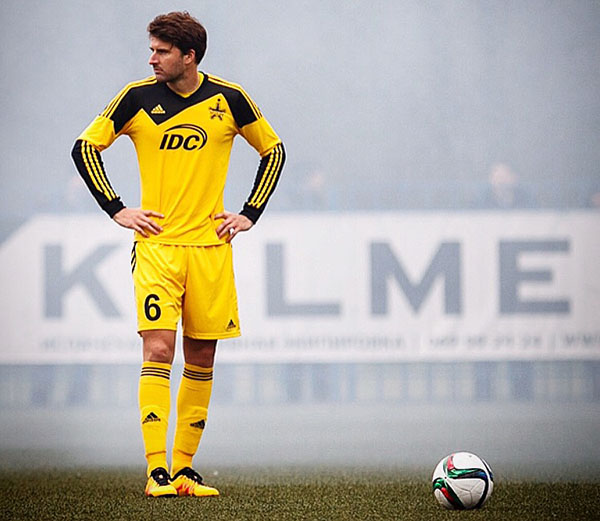 “The last year and a half overseas has had its ups and downs,” Golec said. “I was in Europe and won the league in Moldova then the last eight months has been a nightmare to be honest so it is good to be back in the A-League. There’s no room for passengers in the A-League so you need to make sure you’re up to it, working hard and playing good football so I am looking forward to the challenge.

“I worked with Paul Okon during the London Olympic qualifiers with the Olyroos. I’ve enjoyed training here over the last few weeks, you can see he really has passion for the club and he really wants the club to achieve something next year. I think he did a very good job last season to get where they did.

“We want to finish in the top six next season – all the players and staff would agree that a top six finish is what we’re aiming for. Personally, I want to get games under my belt and get the enjoyment back into football.

“I just want to get back in, enjoy my football, see where it takes me and hopefully experience a great season in the A-League. I will work hard and I know persistence pays off,” Golec said.