Central Coast Mariners great John Hutchinson has revealed all about his time at the Mariners in a revealing and candid interview on the eve of his last game in Gosford.

From having no training base to sessions next to burned-out cars and the ultimate success on grand final day, it’s been some journey at Central Coast Mariners for John Hutchinson.

THANK YOU | A letter by John Hutchinson

The last of the original Mariners, Hutchinson has been there since day one and some 225 games later is edging towards the end of his memorable career.

Saturday night’s match against the Western Sydney Wanderers will be the 35-year-old’s third last before he retires and his very last in front of his home fans in Gosford. 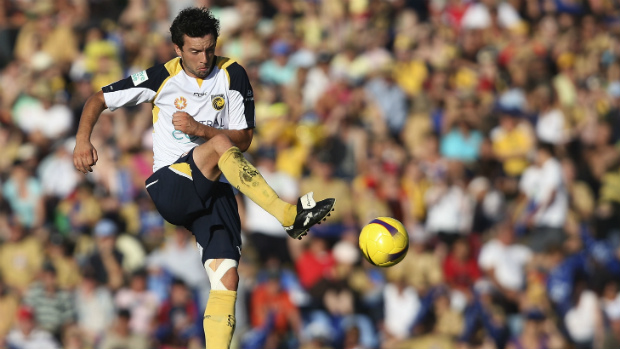 Heading towards the end of his career, Hutchinson reflected on it all, starting with his very first day at the club back in 2005.

“I still remember turning up for the first time at the (train) station and getting lost on the way to the stadium,” Hutchinson said in a one-on-one interview on the Mariners website.

“I was talking with Michael Beauchamp at the leagues club and I didn’t know him that well but we were both lost and didn’t know where to go.

“Then you walk into the change room and there were players there that you’d seen on TV and admired for a long time and finally got to meet them and play [with them]. I was quite nervous actually.

“We used to train anywhere we could get a field until Arnie [Graham Arnold] turned up.

“Lawrie [McKinna] used to have to find a field for us, we used to sit at Body Fuel [café] at Terrigal waiting for the text to come through and then a couple of vans would pick us up [to go to training].

“We had to take international players like Johnny Aloisi to a field where a burnt out car was in the middle of the field.

“Stuff like that you look back on and it’s great. It’s built the culture of the Mariners of hard work and from those days it’s still here now. That’s why the culture is still so good.”

Hutchinson says it’s that culture which helped the club bounce back from the pain and heartache from that grand final defeat to Brisbane Roar back in 2011.

The Mariners looked to have their first championship sewn up – leading 2-0 with less than five minutes left in extra-time – before Roar scored two quick goals and won in a penalty shootout.

“I wish I could erase it from the memory. That was one of the worst days of my life,” Hutchinson recalled of that day at Suncorp Stadium.

“I never forget looking at my mate Wilko [Alex Wilkinson] and seeing his face. He’s not normally an emotional guy.

“And I lost it; I couldn’t hold the emotion in any more. I actually believed from that day there was no coming back and we’d never make another Grand Final.”

If he truly believed that Hutchinson could have walked away right then and there. Or even at the beginning of the 2013-13 season when Arnold told him he was no longer needed at the club.

While he could have called it quits or take up some lucrative overseas offers, Hutchinson chose to stay and fight for his place in the side.

It was the perfect example of his loyalty to the club and his perseverance, which was rewarded in the ultimate way by guiding the club to their maiden championship.

“That was my first grand final win as a professional footballer. Some footballers go their whole lives without winning something so when we won one and the history that the Central Coast had went through, it felt like the world had rolled off my shoulders,” Hutchinson said.

“It was absolute relief and joy for everyone that’s been associated with the club.

“The scenes in the change room then onto the street parade, the fans of the Central Coast were out in force and these are things that you will never forget.” 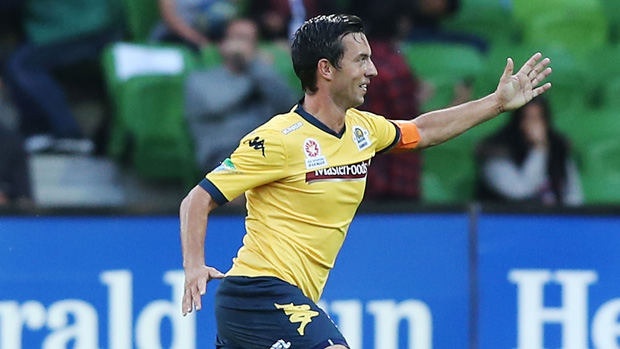 It’s been some ride as a professional for Hutchinson, from “driving his parents poor” as they drove him around the football fields of Melbourne, onto the Gippsland region, his days as a Maltese international and then the Mariners.

After all those years, countless memories and achievements he has just three matches left before he hangs up his boots.

So, what will he miss the most?

“The change room, the players, and the friendships you form with guys from 16 to 40-years-old. The coffee, the banter and trips away and just being with blokes,” he says.

“We enjoy the time away, enjoy the cards, the coffees and hanging out with each other and doing something we all love doing.”