The Central Coast Mariners and Young Socceroos played out a friendly behind closed doors at Central Coast Stadium today that ended 2-2.

The U20s national team were in camp on the Central Coast this week in preparations for the AFF U19 Championship (11-24 September in Hanoi) and AFC U19 Championship (13-30 October in Bahrain) with the ultimate goal to qualify for the FIFA U20 World Cup in 2017. 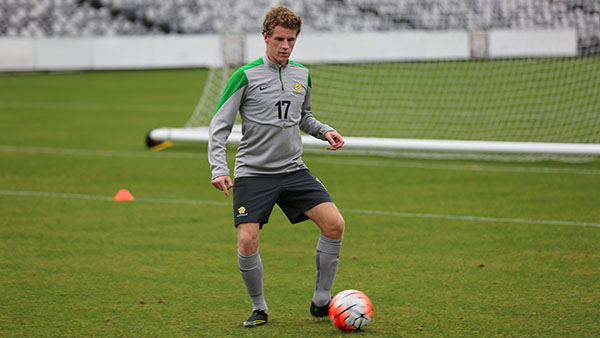 Not only was it Trent Buhagiar’s first time in camp with a national team set up but it also created an interesting proposition that saw both Buhagiar and Liam Rose line up in the friendly AGAINST the Central Coast Mariners.

Rose & Buhagiar started the match at right wing and centre midfield against plenty of familiar faces at the other end of the pitch with Buhagiar popping up to provide an assist against the Mariners.

The opener came from a pinpoint set piece by Fabio Ferreira who whipped a dangerous cross to the head of Roy O’Donovan. The Irishman leaped above the Young Socceroos defenders to head home just under the crossbar in the 16th minute.

The Young Socceroos hit back in the 23rd minute when Jayden Prasad intercepted the ball in the corner before whipping a cross into the box. The Mariners were unable to clear the danger, which allowed Cameron Devlin to fire home from close range. 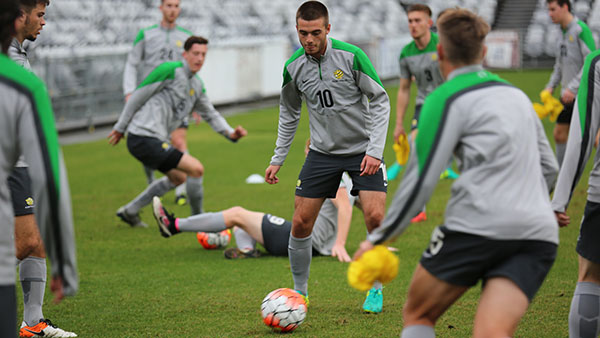 Six minutes later it was the Young Socceroos right-winger, Buhagiar who caused danger against his club side by bursting down the right to deliver a dangerous cross. Buhagiar’s cross found the feet off Tariq Maia who finished off from point blank.

As the match progressed there was a real battle shaping up in the midfield between Liam Rose and Nick Montgomery that saw both players put in solid challenges.

Just before the break the Mariners levelled thanks to Ferreira who fired a shot that was stopped on the line by a defender’s hand, resulting in a penalty. Ferreira stepped up to the spot kick and made it 2-2 with a panenka up the middle.

All four goals came in the first half which made for a much quieter second period of the match along with wholesale changes to almost the entire Mariners’ starting XI as the hour mark rolled past.

With just 13 days until the Central Coast Mariners’ first competitive hit out of the 2016/17 pre-season, it was a positive run for Walmsley’s men ahead of the Westfield FFA Cup match against Green Gully SC on Tuesday August 2.