The Central Coast Mariners can today confirm the signing of 21-year-old defender Scott Galloway who joins the Yellow & Navy from Melbourne Victory ahead of Hyundai A-League round three.

The Central Coast Mariners can today confirm the signing of 21-year-old defender Scott Galloway who joins the Yellow & Navy from Melbourne Victory ahead of Hyundai A-League round three.

Galloway, who arrived on the Central Coast this week to sign a one-year-deal is Paul Okon’s first signing and trained with the full squad for the first time this morning.

The Australian Institute of Sport graduate will be eligible for selection this Saturday for the Mariners’ first home game against Brisbane Roar and adds further depth to Okon’s defensive stocks.

As an Australian under 20s and under 23s representative Galloway has played under Okon before, headlined by the Young Socceroos U-20 FIFA World Cup Campaign in Turkey.

During the U-20 FIFA World Cup Campaign led by Okon, Galloway also played alongside Mariners’ goalkeeper Paul Izzo and exciting attacker Connor Pain who also knows Galloway well from their time together at Melbourne Victory.

After signing his contract at the Central Coast Mariners Centre of Excellence, Galloway spoke about his excitement of joining the Yellow & Navy to play under Paul Okon.

“It’s been great, I arrived yesterday for the medicals and a one-on-one training session and have been welcomed with open arms straight away,” Galloway said. “The Mariners are a great club, the big thing that drew me here is, you look at the players that have been produced here. Paolo has a great style of football that he is looking to implement this season and it’s going to catch the eye of everyone.

“You look at the likes of Trent Sainsbury who grew up in Perth like myself and came across, he’s someone that you look at and think I want to get to that level,” Galloway said. 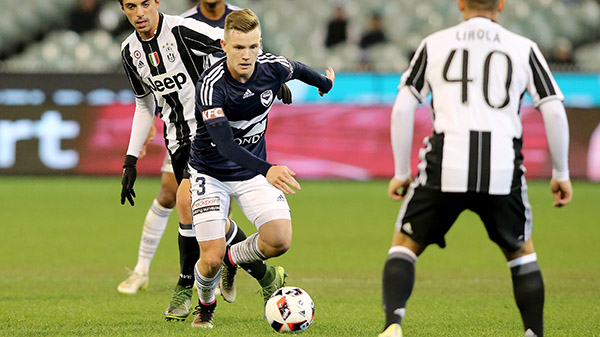 Galloway arrives on the Central Coast from Melbourne Victory and is hoping to settle in to secure regular game time.

“I’m ready to go straight away if called upon,” Galloway said. “I want to get as much game time as possible and improve, hopefully contribute to getting the Mariners back to where they deserve to be,” Galloway said.

Mariners’ Head Coach, Paul Okon welcomed Galloway into the Mariners family and credited the defender as being a perfect fit both on and off the pitch.

“I know Scott from my time at the Young Socceroos,” Okon said. “He was one of the youngest players to play in the 2013 U-20 World Cup at 18 years of age and he had two cycles before moving onto the Olyroos.

“He’s what we are looking for both on and off the pitch, he’s an exciting young talented footballer. For such a young player he’s already played over 50 A-League games and is a good kid with a good attitude, he will fit well into this playing group.

“He can play anywhere across the back four or as one of the sixes so he’s very versatile – if you have players in your team who can cover more than one position it’s always good for a coach to have,” Okon said.

Mariners fans could even expect to see Galloway as early as tomorrow against the Brisbane Roar.