The Central Coast Mariners have signed 33-year-old midfielder, Mickael Tavares who will join his cousin Jacques Faty on the Central Coast for the Hyundai A-League 2016/17 season.

Tavares arrives on the Central Coast from Sydney FC whom he joined during the 2014/15 January transfer window before making 34 Hyundai A-League appearances, including a Grand Final berth.

The former Middlesbrough man plays mostly as a defensive midfielder, which provides the Yellow & Navy with much needed experience and an existing partnership between Faty and Tavares in central defence and midfield.

The Senegalese international will call on his experience at clubs such as Slavia Prague (Czech Republic – where he featured in a UEFA Champions League) to help take Walmsley’s talented youngsters to the next level.

After spending a year plying his trade in the Hyundai A-League Tavares is excited to have secured a move to the Mariners and will be gunning for silverware this coming season.

“It’s a great feeling and I am very happy to be a part of this club,” Tavares said. “My cousin [Jacques Faty] helped me make my decision, it’s obviously better to be with someone you grew up with.

“Everyone that I’ve spoken to has had nothing but positive things to say about the club and I have an ambition to be successful with this club.

“We really want success with the Mariners and I am sure we will have a great season, first we will aim for the top six then we will see.

“I am also here to help the young ones, the Mariners have some young players with good quality who need more experience so me and Jacques will try and bring this to the team and help the youngsters develop. 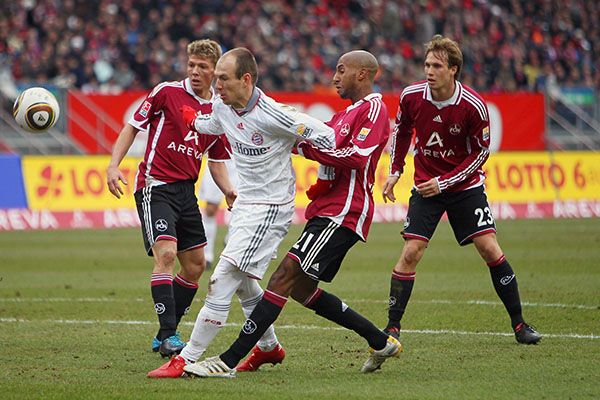 Head Coach Tony Walmsley is confident that Tavares will add immediate quality to the Yellow & Navy when the Hyundai A-League 2016/17 season commences.

“Mickael has played in a lot of good leagues around Europe,” Walmsley said. “When we looked at adding quality in our midfield we were looking for two things: physical attributes and the ability to keep the ball for longer periods.

“It’s clear that he is a very strong willed midfielder who can not only break up opponents attacks but in possession he’s very good at moving the ball from one end of the pitch to the other.

“Of course they both know each other well, they have an existing relationship. After the season that we’ve had we want to build quickly a cohesive unit and this makes sure the pre-season accelerates quicker than it normally would, so I’m excited.

“Speaking to Mickael he’s confident that he can add values in the areas that we need value added,” Walmsley said.