The Central Coast Mariners have landed a major signing coup, luring former Melbourne Victory attacker Connor Pain to the Yellow & Navy who has put pen to paper on a two-year-deal.

The Central Coast Mariners have landed a major signing coup, luring former Melbourne Victory attacker Connor Pain to the Yellow & Navy who has put pen to paper on a two-year-deal.

At just 22-years-of-age, Pain managed 53 Hyundai A-League appearances with Melbourne Victory since signing his maiden professional contract with Victory during the 2012/13 season.

Beyond his Hyundai A-League experience, Pain made headlines in 2013 for his impressive performance in front of more than 95 000 people at the MCG against Barclays Premier League outfit, Liverpool. 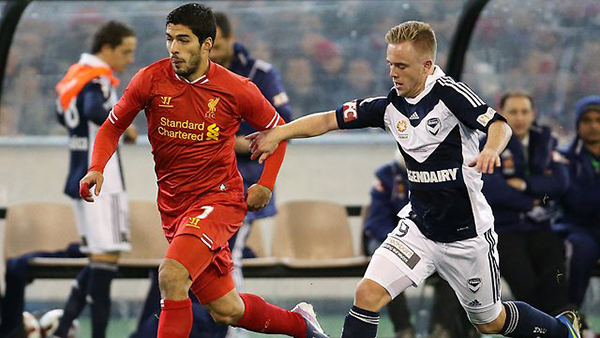 Pain also boasts experience in national team set-ups having represented Australia at the 2013 U20 World Cup, which was followed by a call up to the Socceroos senior team for the 2013 EAFF East Asian Cup where he made his debut against China.

The Hong Kong born attacker made 12 Hyundai A-League appearances during the 2015/16 season and arrives on the Central Coast with a wealth of experience for such a young player.

Pain is excited to join the Mariners and is looking forward to meeting his teammates at the Central Coast Mariners Centre of Excellence for pre-season.

“It feels good, I flew up this morning and everyone seems so friendly so I just can’t wait to get going,” Pain said. “I know Paul Izzo very well and a couple of the other lads but I am really looking forward to meeting everyone else.

“I just want to help the Mariners do well, obviously last season wasn’t the best year for our club but I am really looking forward to doing my bit and help them climb the table.

“Hopefully the fans see me as an exciting player, obviously I like to get the ball out wide predominantly, run at players, get in behind to shoot and cross so I’m hoping to show the fans a lot more of that than I did last year,” Pain said. 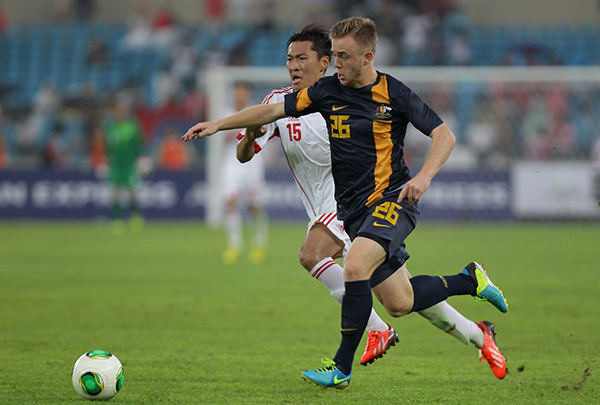 Although Pain admits that he is determined to break back into the Socceroos squad, performing well for the Central Coast Mariners is his immediate focus.

“It’s a dream of mine of course to wear the green and gold again but that’s not what this is about, this is about coming here and playing games of football, doing well and you can’t look too far down the track in football,” Pain said.

“I’m still learning but I come here knowing the pressure of this environment, it’s been three or four years that I’ve played as a professional now and I want to help some of the even younger boys and learn from the older boys,” Pain said.

Head Coach Tony Walmsley touted the signing of Pain is a fantastic recruit for the Central Coast Mariners who will be key to his attacking plans this season.

“He’s a great acquisition, for somebody so young he’s got great experience with 50 odd appearances including a Socceroos Cap and a youth World Cup player,” Walmsley said. “With the way we are going to approach things this year in terms of work ethic and contribution all over the pitch he fits the new model perfectly so we’re all very excited to have him on board.

“He can play anywhere across the front four positions but most likely he’s going to play in the wide areas and push our existing wingers for starts.

“Connor has always given his opponents problems, he makes forward runs, he attacks the back of people, he can go one-on-one, he can cut inside so he’s everything we want from an attacking player and I think with those attributes he’s a great acquisition to the players we’ve already brought in this season,” Walmsley said.