BREAKING NEWS: Buhagiar is IN!

The Central Coast Mariners have today signed Central Coast local and International Football School student Trent Buhagiar on a Hyundai A-League contract until at least the end of the 2015/16 Season.

The 17-year-old attacker developed his game at Kariong’s International Football School and was presented his #CCMFC jersey by inaugural Mariners signing, Damien Brown.

Buhagiar has been one of the standout performers of Joe Haywood’s Foxtel National Youth League squad this season and first appeared on the Mariners’ radar last season as an injury replacement in the Club’s youth team. 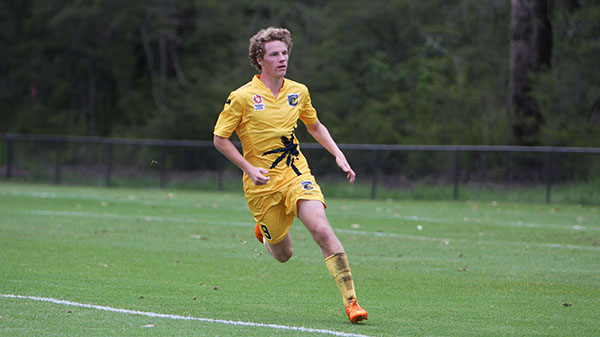 The entirety of Buhagiar’s football career has been played on the Central Coast that started with the Umina Eagles when he was just four years old.

The Umina junior climbed the tiers of local football before making the progression to representative level and is the first, of hopefully many players to sign a professional contract from the International Football School.

Trent enrolled as a student of the International Football School from its inception and has been a shining light within their program for the past three years.

The signing is Head Coach Tony Walmsley’s third January window recruit in the wake of both Alastair Bray and Francesco Stella joining his squad yesterday.

Buhagiar was over the moon to ink his first professional contract and couldn’t believe the phone call he received from Tony Walmsley last night.

“For my whole life I’ve been playing on the Coast, it started at under 5s with Umina Eagles through to the 13s where I played with Southern Ettalong, then onto the Mariners Academy,” Buhagiar said.

“Last night I was watching a movie and Tony Walmsley called me up and said that there was an opportunity for me to get a contract and start training with first team full time, I told mum and dad straight away who were stoked with it as well.

“It’s going to be hard training full time, the International Football School has been great and giving me the opportunity to kick a football every day.

“From what I’ve been told so far I will be on the wing or anywhere up front, attacking football is what we play here,” Buhagiar said. 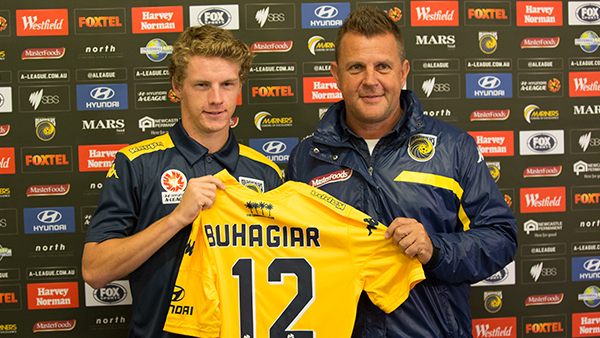 Walmsley touched on the importance of identifying outstanding attributes and spoke about what Buhagiar brings to his squad.

“Trent Buhagiar fits a number of profiles, we’re a community based club, we look for outstanding attributes and we give youth a chance. Trent’s got incredible pace, he’s done very well in his two seasons with the NYL and he’s a lifelong Coastie, he’s never played football anywhere else,” Walmsley said.

“Thankfully the IFS has given him the extra technical skills he was lacking a couple of years ago and you put all of that together, he’s a 17-year-old package with dynamite in his legs and he could certainly add something to this team moving forward.

“The first thing he has to do is adapt to the loads, it’s a massive shift from youth league to A-League,” Walmsley said.

“This is one of the proudest signings that we have made since my time at the Club and we wish Trent all the best in the next stage of his playing career. This is a testament to the IFS who played a crucial role in Trent’s rapid development towards the Hyundai A-League,” Mielekamp said.

“Trent’s appointment is also recognition that the Central Coast Mariners remain dedicated to local talent and it is exciting to have Trent don the Yellow and Navy jersey with such pride,” Mielekamp said.