Tony Walmsley has bolstered his playing stocks with the signings of 24-year-old attacking midfielder Francesco Stella & 22-year-old goalkeeper Alastair Bray for at least the remainder of the Hyundai A-League 2015/16 Season.

Tony Walmsley has bolstered his playing stocks with the signings of 24-year-old attacking midfielder Francesco Stella & 22-year-old goalkeeper Alastair Bray for at least the remainder of the Hyundai A-League 2015/16 Season.

With the January transfer window officially opening on Tuesday, the Mariners’ two newest recruits will be immediately up for selection leading into Hyundai A-League round 14 against Melbourne Victory.

Stella, who joins the Mariners after a short stint with Playstation 4 NPL Club in Victoria, Avondale FC has Hyundai A-League experience with Melbourne Victory where he featured seven times during the 2012/13 Season.

As a teenager, Stella signed his first professional contract with S.S. Robur Siena [Italy] where he spent three years before taking the next step in his football journey to Glasgow Rangers F.C. in Scotland.

Stella’s most recent professional contract was with Thailand’s Sisaket F.C. but the young attacker has been training with the Mariners’ since November, whom he is delighted to finally sign with. 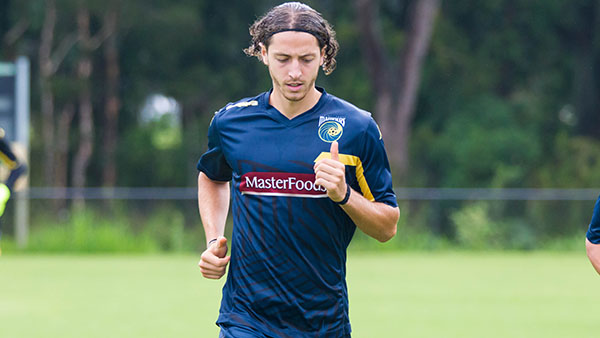 “I’ve been here training since the start of November and with the window opening it’s finally official,” Stella said.

“It was good to get to know the boys and build on my fitness and I can’t wait to get stuck in. I want to prove to myself that this is the level I deserve to be playing at.

“I want to really build on the last game we’ve had, I want to contribute what I know I can and see the team move forward. I’ve really enjoyed it here so far, the atmosphere at training is always good, facilities are good and I’m sure with the team picking up its form it will get better and better,” Stella said. 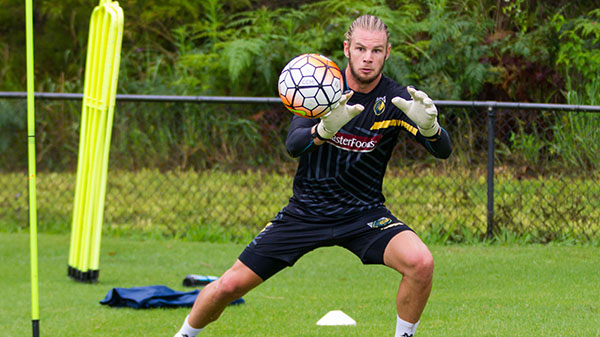 Bray has been training with the Mariners’ for the past three weeks and is proud to have signed with the Yellow & Navy.

“It’s a great honour to play at a Club like this, they’ve obviously got a rich history and I’m really excited to get started,” Bray said.

“I’m really loving it here, I’m working hard every day at training to try and prove that I’m ready to go and hopefully I can get selected, I’m buzzing to get started.

“The first thing I noticed was that there’s a great bunch of lads here and they were really welcoming to me and ever since I arrived it’s been even better, there’s a really good culture here,” Bray said.

Head Coach Tony Walmsley was delighted to add two new talents to his squad and hinted that there could be more news on the transfer front during the January window.

“We have a couple of signings to report with more to come, Francesco Stella has signed, a former Melbourne Victory attacking midfielder who played in Thailand and of course with Paul Izzo away we needed to add to our goalkeeper ranks and Alastair Bray has signed, a keeper with some great prospects,” Walmsley said.

“We’ve added some depth to the squad with those two, we’re very close to announcing the signing of a young player and we’re also in the market for one or two more players depending on how things play out financially over the next couple of weeks.

“Both players are available for selection, Stella can play anywhere across the forward line, upfront, in as a 10, very very technical player and Ali Bray is going to figure in the squad, whether he starts or acts as cover for Tommy Belle, we will make that decision later in the week.

“They’re impeccable [personalities] Stella travelled with the squad to Coffs Harbour during pre-season and we could tell straight away what a fine young man and a player he is. He’s a great character to have in the dressing room, the type of person we want.

“Ali Bray is the same, we don’t recruit players we don’t do our research on,” Walmsley said.