The 2017/18 Hyundai A-League draw is in, and it’s looking to be one of the most exciting seasons yet with six NSW home derbies and our annual NYE clash. Our 13th Hyundai A-League campaign kicks off at Central Coast Stadium on Saturday October 7 where we take on our rivals from up the road, the Newcastle Jets.

The Summer of Football has us travelling to Adelaide on Christmas Day for a Boxing Day clash, and headed south to Geelong as we look for redemption against Melbourne Victory at Simonds Stadium.

One of the most popular fixtures on the Central Coast Mariners’ calendar is our New Year’s Eve match. We are excited to host Wellington Phoenix as we see out 2017, and aim to bring in the New Year with a win in front of a packed Central Coast Stadium.

The Wanderers will be coming to town on Saturday 16 December, and Tim Cahill will be back looking for that corner flag on Sunday 14 January.

Friday 13 April will see us wrap up the regular season with another exciting F3 Derby, where we will look to claim the final 3 points on offer. 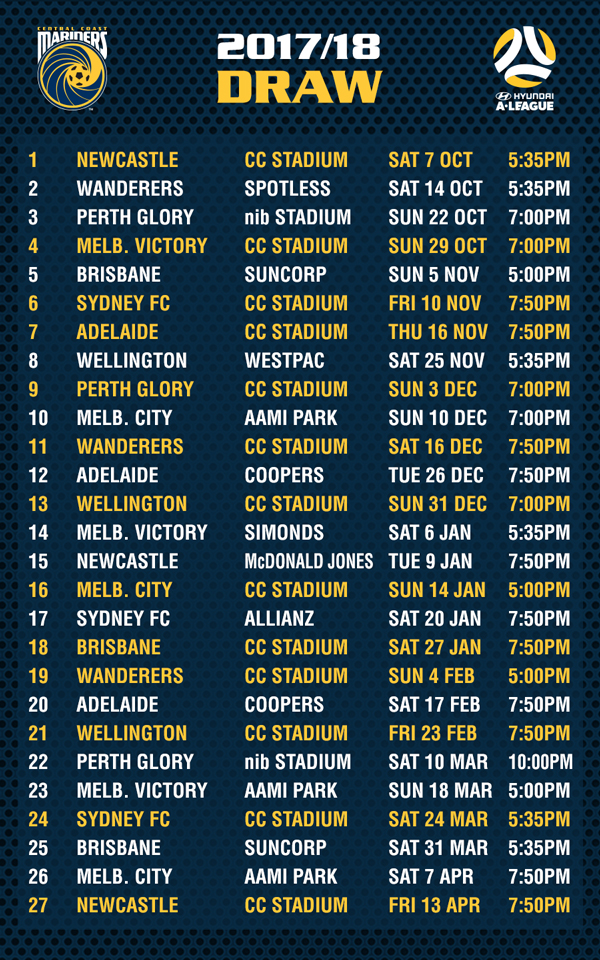