Andrew Nealon, who joined the Mariners in 2012, has stepped into a new role whilst welcoming Murray Leyland to the Club as the Yellow & Navy’s new First Team Physiotherapist.

Andrew Nealon, who joined the Mariners in 2012, has stepped into a new role whilst welcoming Murray Leyland to the Club as the Yellow & Navy’s new First Team Physiotherapist.

A born and bred Central Coast local, Nealon jetted off overseas to work with some of the biggest names in football and cricket before joining the Central Coast Mariners.

Throughout his impressive career, ‘Nealo’ (as he is affectionately known) worked at the likes of Hampshire Cricket Club (England) and Chennai Superstars (India) before landing his dream job with Liverpool FC where he spent two years as Senior First Team Physiotherapist under the tenure of Roy Hodgson and Kenny Dalglish, with Steven Gerrard as captain. 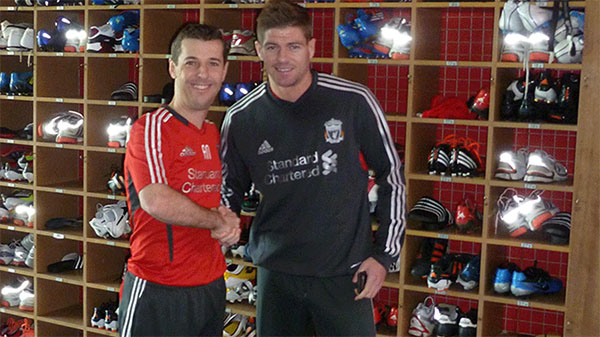 After Nealon’s successful spell in the U.K. he returned to the Central Coast and was able to call upon a wealth of knowledge and experience to the benefit of the Mariners’ in the lead up to the Championship winning 2012/13 season.

After starting as a part time hobby whilst working as the Club’s Physiotherapist, Nealon has grown Aspire Physiotherapy Centre into a full time commitment.

Nealon will stay on with the Central Coast Mariners as a consultant in his role as Head of Medical that will see him oversee injury prevention/management and physical performance liaising with the newly appointed Murray Leyland and long serving Club Doctor Jonathan King.

Andrew praised the appointment of Murray and spoke about the excitement of his newest venture.

“I’ve had a great time working with the Mariners for the past four years since coming home from England,” Nealon said. “The players and staff I have worked alongside have made my time feel like anything but a normal job.

“I know I’m very fortunate to have enjoyed the special journey that I have, working at grounds I dreamed of just going to watch a game at let alone going to work at. 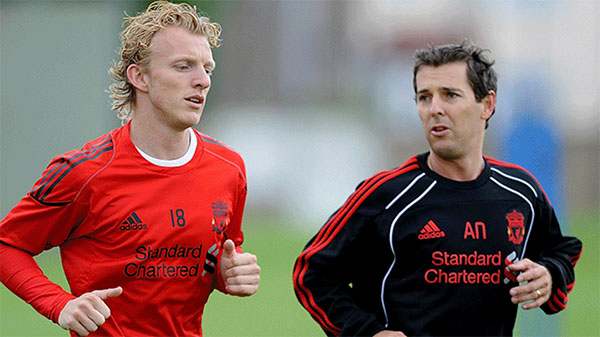 “But after working full time with sports teams for the past 10 years, it’s time to spend weekends with my young family and build my business towards a better life balance.

“Establishing Aspire Physiotherapy Centre is the culmination of years of ideas and experiences, bringing home what I have learned all over the world from some of the world’s best players and practitioners to the people of the Central Coast.

“I’m proud of the set up that we have created at the Mariners and very comfortable handing over the baton to Murray. He was clearly the stand out candidate in our recruitment process, has fitted in very well to the culture of our Club and I am sure he will do a great job for us. I’m looking forward to working with him in my new role and continuing to be a part of our great Club into the future.

Murray Leyland joins the Central Coast Mariners with an extensive football and sporting background as both a player and physiotherapist.

Murray’s previous roles include three years at NSW Hockey, time with the Sydney Swans AFL outfit as well as playing and working as a physiotherapist for a range of NPL Clubs in Newcastle. 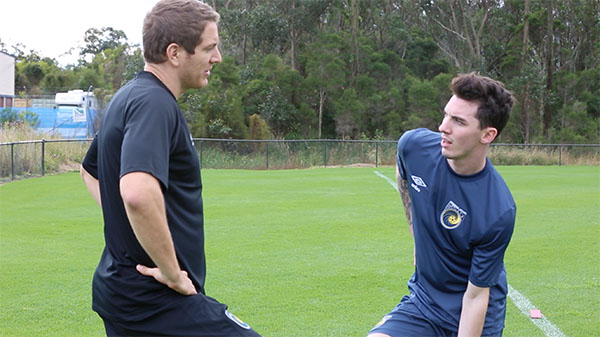 Murray looks forward to learning from Nealon and plying his trade with the Central Coast Mariners.

“Working for the Central Coast Mariners as a physiotherapist is a dream come true for me,” Leyland said. “Football has been a huge part of my life since I was young, right back from when I would regularly run onto my older brother’s game to tackle him.

“From my 1st day of University I knew that I wanted to work in professional sport, it was an arena that I was comfortable in and I felt I belonged in.

“I feel extremely privileged to be a part of the growth at the Central Coast Mariners, and even more privileged to be under the tutelage of Andrew who is an extremely talented physio and has an extraordinary work ethic that I have never encountered before. I hope to match this professionalism, and bring some different perspectives to the club that will help maximise player welfare and keep the players out on the field in winning condition.”