The Central Coast Mariners Academy kicked off their PS4 NPL2 campaign on the weekend against Bankstown City Lions at Pluim Park, Lisarow.

It was tough start to the season for the Central Coast Mariners Academy first team who suffered a 3-0 defeat at home to an experienced Bankstown City Lions outfit.

With only two players over the age of 21, it was a youthful line up including Hyundai A-League youngsters: Trent Buhagiar, Adam Berry and Tom Heward-Belle, with Bankstown City Lions starting with former Mariner, Michael Beauchamp.

It was a bright start for the Academy who had a good chance through left-winger Lachlan Wales who found the side netting in the second minute of play. Bankstown had a good chance to take an early lead when a great free kick was floated into the box, only to be headed wide.

It wasn’t long before Wales was back in the thick of the action, making a break through the defence only to have his one-on-one shot sensationally blocked. It was an end-to-end affair for the first 25 minutes with both teams having a good amount of chances to take the lead. 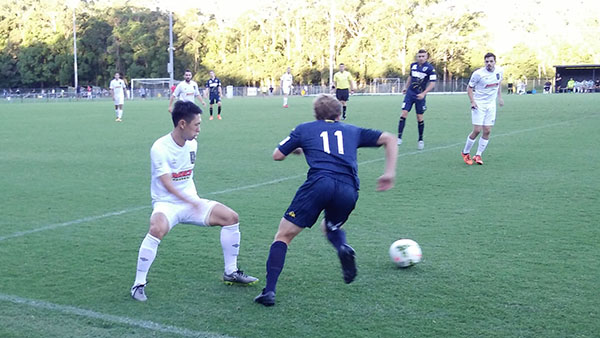 With both teams pushing hard for the opening goal of the 2016 season, it was Bankstown who had another great chance, when a curling shot was denied by a stunning diving save by Tom Heward-Belle.

With half time approaching, Bankstown hit the lead when Dean Bereveskos hit a sweet shot from just outside the box onto the crossbar and in.

Both teams came out firing in the second half and it wasn’t long before Bankstown could’ve gone two ahead with Gerard Ouffoue getting in behind the Academy defence putting himself one-on-one with Heward-Belle, only to put his shot into the side netting.

The Lions were very close to doubling their lead once again 3 minutes later when a low cross was flicked on but it was Heward-Belle again who made a point blank save.

It seemed that the Mariners Academy had weathered the storm of Bankstown, when the middle stages of the second half seemed to even out. But it wasn’t for long, when a free kick floated into the box and headed home by Grant Lynch who doubled the lead in the 72nd minute.

The Academy pushed hard to find a goal that would’ve kept them in the mix it but failed to find the back of the net. A tough night got even tougher when centre back and captain, Liam Odell brought down Bankstown City’s striker in the box. The penalty was slotted home to make it 3-0 to the visitors and victors, Bankstown City Lions.

Central Coast Mariners Academy will be back in action next Saturday afternoon against St. George at the St. George soccer stadium. CCMA’s Next home game is Saturday 19 March vs. Macarthur Rams, Pluim Park Lisarow, 6:30pm. 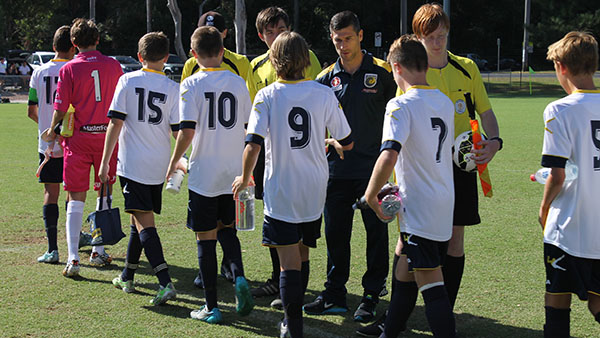