It was a Mariners derby in the PS4 NPL 2 at the weekend that saw the North Shore Mariners host the Central Coast Mariners Academy who played out a 1-1 draw at Northbridge Oval. 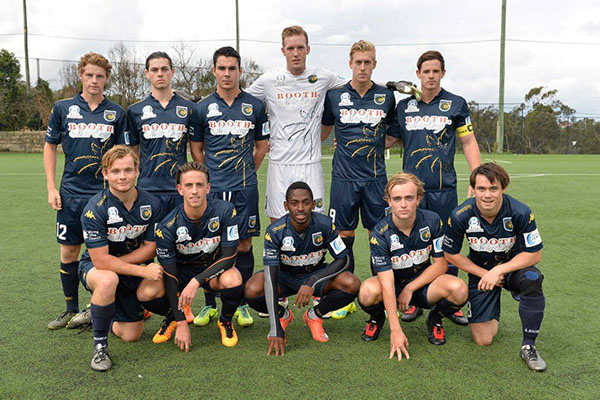 With the Central Coast coming off a win last time out, Ben Cahn’s team was looking to finish the round out in the top three.

North Shore started brightly and had a good chance to take the lead in the fifth minute when a contested cross was spilt by Coast keeper Adam Pearce, who recovered smartly to save the follow up.

The away team had a good chance in the 17th minute when Nathan Hundley played a smart ball over the top to Trent Buhagiar who blasted his shot from outside the 18-yard-box just over the crossbar.

CCMA had an encouraging chance two minutes later when a smart run from Josh Bingham down the wing was played to Buhagiar. Buhagiar flicked onto Lachlan Wales who pulled the trigger first time that was saved by the North Shore keeper.

Central Coast took the lead in the 29th minute when a great cross from Wales was sweetly hit first time by Buhagiar from just inside the penalty area into the side netting leaving the North Shore keeper no chance. 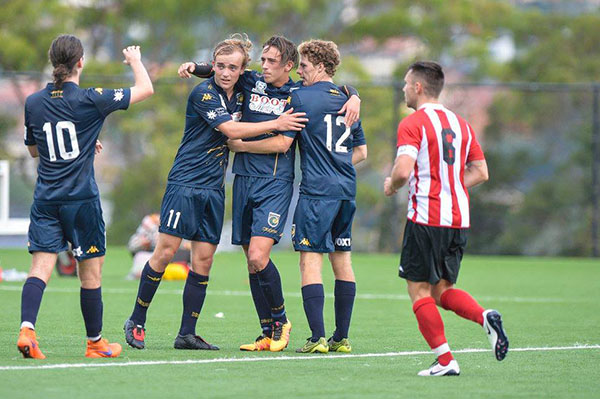 Bingham went close to doubling their lead in the 58th minute when Buhagiar made a great run down the wing and then squared his ball to the top of the box but Bingham’s shot was just wide.

North Shore Mariners leveled proceedings in the 77th minute when a cross from their winger found the head of North Shore attacker Marquin Smith.

The home team went close to a dramatic winner in the 85th minute when a great through ball over the top was hit from the edge of the box, but Pearce made an impressive save to avoid danger.

After what was a tense final few minutes both teams couldn’t quite find the winning goal and the game finished 1-1 despite North Shore finding the net in the 95th minute, only to be disallowed by a foul in the box.

Head Coach Ben Cahn was happy with how his young side competed against a much more experienced North Shore Mariners outfit.

“Our first grade side is made up completely of under-20 players but we also used three or four others from our actual under-20s that managed to survive a pretty physical encounter against an experienced team full of players with much more experience than ours,” Cahn said.

“It’s a shame we couldn’t hang on, the goal they scored was probably the clearest chance they had. We had a couple and punished them with one early on. It was a similar story to our season so far, we usually create enough chances to win games but we’re just having a bit of trouble converting them.

“Trent was able to exploit them, he was dangerous throughout. He was probably our biggest threat, but Liam O’Dell and Reece Papas were pretty resilient too.

“There were some pleasing aspects to the performance. I have had massive doubts whether our team could cope with experienced physical sides but today we showed that we can still grind out chances in games like that and we can still be resilient defensively. Ultimately we missed two very, very good chances and their goal was probably the only clear chance they had all day,” Cahn said. 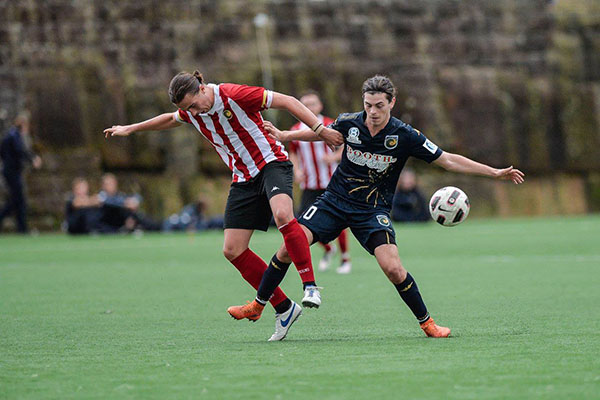 The Central Coast Mariners women’s teams faced a tough road trip to Nowra for an encounter against Southern Branch FC.

Southern Branch bounced back from last week’s defeat with a 2-1 win against the Mariners. Goals to Amanda Stevenson and Samara Wehmeyer put the home side up 2-0 going into the half time break.