Despite goals to both Trent Buhagiar and Ryan Peterson, the Central Coast Mariners Academy lost 3-2 at home to Mounties Wanderers.

After last week’s loss to Fraser Park, the Central Coast Mariners Academy were back in action at home this week, facing the Mounties Wanderers at Pluim Park.

The visitors started strong and took the lead in the 20th minute thanks to a strike by Mounties striker Matthew West.

The Academy hit back straight away in the 29th minute after some great play on the wing. Lachlan Wales finished the move by finding Trent Buhagiar who finished from close range.

Mounties nearly took the lead five minutes before half time after a Mounties attacker hit his shot inside the edge of the box but the strike was just wide of the upright to keep the scores deadlocked at 1-1 at half time.

The home team nearly took the lead on the hour mark but it was the Mounties keeper Luke Kairies who kept them on level terms, getting down low to save a one-on-one from speedster Trent Buhagiar.

Mounties took the lead thanks to a goal mouth scrap six minutes later that was scored by Mounties attacker Mitchell Davidson.

The away team went 3-1 up in the 82nd minute thanks to Joshua Viera who finished calmly past Adam Pearce to give the visitors a two goal cushion with less than 10 minutes to play.

Mounties could’ve gone 4-1 ahead with five minutes to go when a pinpoint through ball saw the Mounties striker one-on-one with plenty of time. Pearce saved very well down low to his right to keep the score at 3-1 and still a hope for the Mariners.

The Academy shortened the deficit in the 90th minute thanks to a calm finish by Ryan Peterson but unfortunately it was too little too late and the Mounties Wanderers left the Central Coast with all three points. 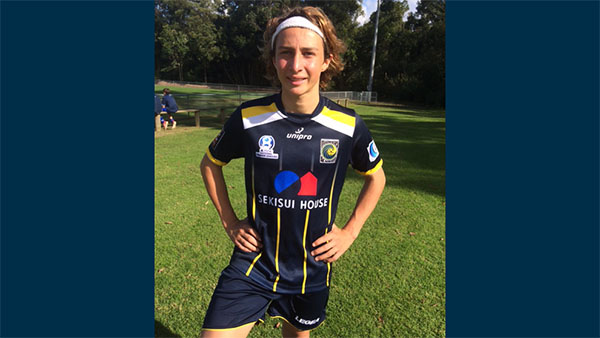 Lowe has been identified from the underpinning program ran by Central Coast Football in conjunction with Soccer5s and will now progress into the Mariners Academy under 14s squad.

“Our Program has been monitoring Bayley for sometime, after consulting with Dean Heffernan (Technical Director for CCFA) it was agreed that Bayley had demonstrated the necessary attitude and skill level to progress to the next stage. We are confident he will do well,” Schembri said.

Dean Heffernan said “CCFA’s role is to develop young community based footballers and provide them with the necessary attributes to progress to the next level of elite football. We are very proud of Bayley’s achievements to date and wish him well on the next stage of his journey.

The Academy will be in action facing the Central Coast Mariners this Tuesday night at Pluim Park, kick off is 8pm.

The Central Coast Mariners Academy will be back in action , fighting for the 3 points next weekend in the Mariners derby, facing the North Shore Mariners at Pluim Park, Lisarow on Sunday the 17th of July. Kick off times are: 11am (18s), 1pm (20s) & 3pm (1st grade)