The Hyundai A-League 2018/19 draw is locked in, and we’re excited to announce that all of the club’s 13 home games will be played at the iconic Central Coast Stadium.

Our new Hyundai A-League journey under Mike Mulvey begins on Sunday 21 October away to Brisbane Roar at Suncorp Stadium.

Our first home game will take place at Central Coast Stadium where we host Melbourne City on Saturday 27 October at 5:35pm.

One of the most popular fixtures on the Central Coast Mariners’ calendar is our New Year’s Eve blockbuster. We are excited to host Perth Glory as we see out 2018, and aim to bring in the New Year with a win in front of a packed Central Coast Stadium.

When it comes to derby days, we’re set for visits from our closest rivals on Saturday 1 December (5:35pm vs. Sydney FC), Sunday 23 December (5:00pm vs. Newcastle Jets) and Saturday 20 April (7:50pm vs. Western Sydney Wanderers).

We’re on the road to Newcastle twice this season for the #F3Derby and with entry to McDonald Jones Stadium included in your full season membership it’s time to book your seat on the bus for Wednesday 23 January (7:50pm) and Saturday 16 March (5:35pm).

Our away fixtures against Sydney FC will be played at Jubilee Stadium (Friday 4 January) and Leichhardt Oval (Sunday 17 February).

You can purchase your seat on the buses to Newcastle, Sydney & Western Sydney NOW! Choose the add-on whilst purchasing your Membership or call CCM HQ on 4353 7200 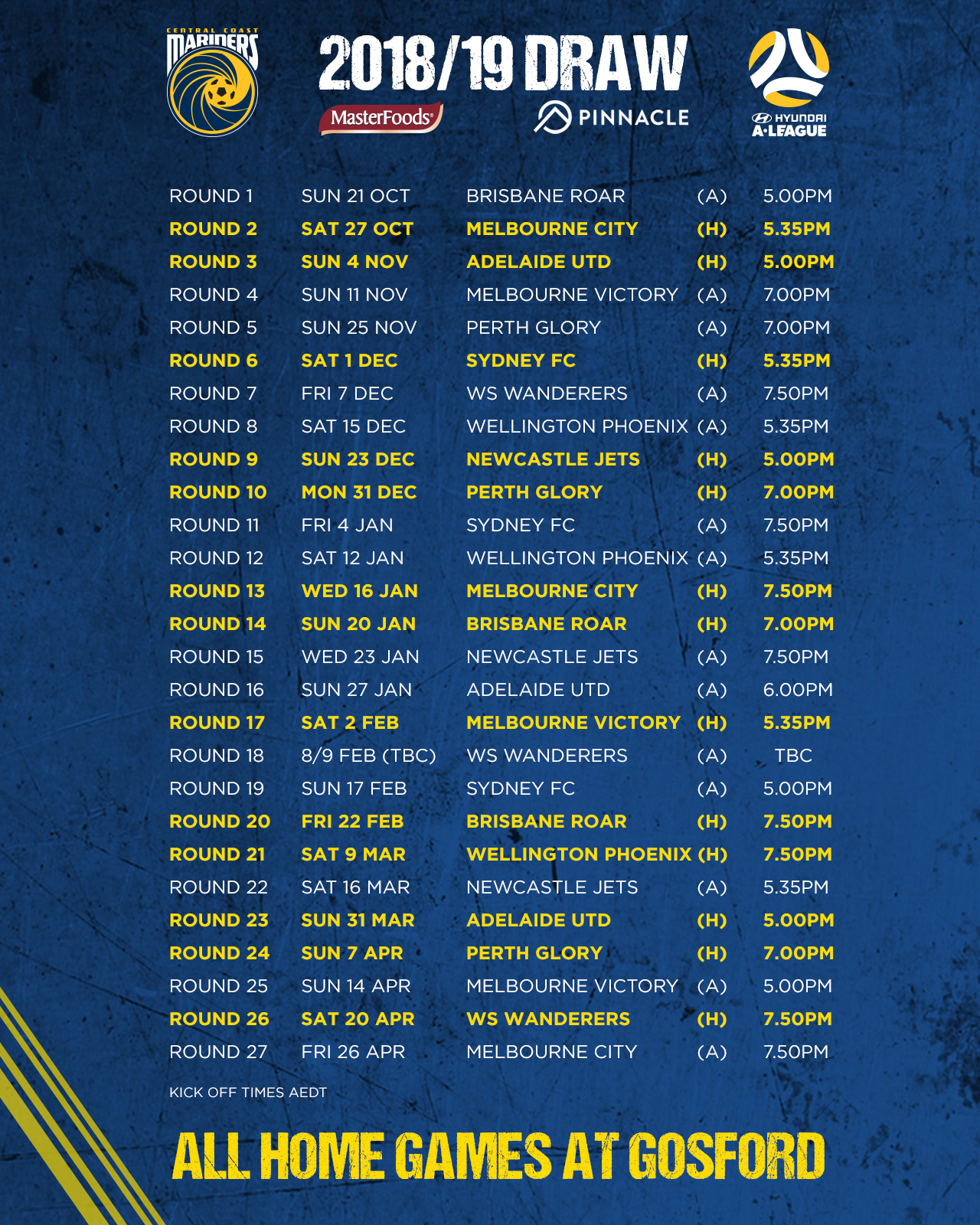 Have you renewed your Membership yet? Central Coast Mariners Memberships are ON SALE NOW to the general public with the exclusive renewal period for existing Members drawing to an end.