The Central Coast Football Community can hold their heads high with the North Select and South Select sides putting in big shifts to end the first half 4-0 and second half 5-0 to the Hyundai A-League outfit at Pluim Park.

It was the first time for Mariners fans to see the likes of Mickael Tavares and Connor Pain in action, as well as an opportunity to see some trialists ply their trade such as Blake Powell, Kwabena Appiah & Luke Giverin.

The pace of the match for the Central Coast Mariners was more of a training run but it was great to see a range of precision diagonal through balls from Nick Montgomery, pace of Fabio Ferreira and structure of Poscoliero, Josh Rose and Mickey Neill across the backline 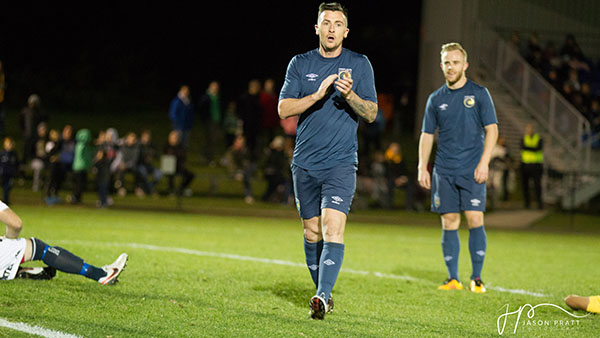 6’ POWELL GOAL: Some great build up play resulted in the first goal of the match in the opening stages. The play finished with a perfectly placed ball from winger, Fabio Ferreira to the feet of trialist Blake Powell, Powell made no mistake in finishing from close range to send CCM 1-0 ahead.

8’ FERREIRA GOAL: The Mariners doubled their lead two minutes later courtesy of Ferreira who was on the end of a pass from Roy O’Donovan which was placed into the back of the net from close range.

24’ O’DONOVAN GOAL: After holding majority of possession for the first 24 minutes, the Mariners went three goals ahead thanks to a calm finish from O’Donovan on the edge of the 18-yard-box.

26’ O’DONOVAN GOAL (2): The Mariners scored another in the 26th minute and O’Donovan had his first half brace with another tidy close range finish.

SECOND HALF vs. SOUTH SELECT

2’ O’DONOVAN GOAL (3): Some great individual work from Connor Pain who went past four South players saw Josh Rose tee up the Irishman for his first of the second half after Rose squared his pass across the face of goal.

9’ O’DONOVAN GOAL (4): Ferreira went past a few South defenders in the 9th minute of the second half, he then squared his ball across the face of goal to the ever present O’Donovan who was on hand to finish the ball into the back of the net from the edge of the six-yard-box.

16’ GIVERIN GOAL: Trialist Luke Giverin was showing his skills vs. the select teams and bagged a much deserved goal in the 61st minute thanks to a curling long range strike that hit the far post and into the back of the net.

19’ FERREIRA GOAL (2): The Mariners went four goals ahead when Portuguese flyer hit a stunning strike from outside the box leaving South keeper Daniel Nebauer no chance.

40’ O’DONOVAN GOAL (5): It was O’Donovan again for the Mariners who finished the ball at the near post after he picked up possession on the edge of the 18-yard-box completing his hat-trick for the second half and fifth goal of the night. 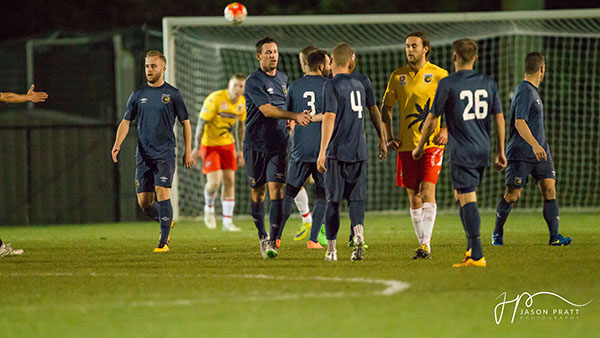 The Central Coast Mariners played their Academy counterparts for game two on Tuesday night, fielding a fresh squad after the demolition of the Central Coast North and South squads.

In what was a tight encounter, the Hyundai A-League boys took the lead in the 10th minute after some great play down the left hand side. Left winger Josh Bingham squared his cross across the face of goal for trialist Kwabena Appiah to finish from close range.

The Academy nearly hit back in the 24th minute through Cade Mapu who shot from distance but it was Paul Izzo who kept the first team ahead making a great low save to deflect the ball out for a corner.

The Mariners went into half time 1-0 up thanks to an early goal from trialist Appiah. The Academy had some promising chances to pull a goal back but couldn’t quite find the back of the net, forcing Izzo into a couple of crucial saves for the Hyundai A-League side.

The first team nearly went two goals ahead in the 49th minute after a corner from trailist Brendan Cholakian found the head of an unmarked Harry Ascroft who made perfect connection, smashing his header straight onto the upright and back out again.

The Academy had a chance to level proceedings on the 58th minute after Lachlan Wales found himself with some time and space just outside the 18-yard-box. Wales pulled the trigger and sent his shot just wide of Izzo’s goal.

The Mariners went two goals ahead in the 63rd minute thanks to a Cholakian strike from close to the penalty spot, sending his shot past a full stretched Adam Pearce.

The Academy were pushing hard and pulled a goal back in the 77th minute thanks to youngster Jed Hornery who finished calmly in a one-on-one situation to make the scores 2-1 with 13 minutes to play.