10 reasons to be excited for Saturday!

There are plenty of reasons to be fired up for our first game and we’ve made a list of our top 10. What are you most excited about?

First home game of the season

We kicked off the Hyundai A-League 2016/17 campaign with two matches away from home against Perth Glory and Sydney FC. Paul Okon and his new look Mariners can’t wait for their first home match of the season and need your support to seal three points in front of a vocal home crowd.

Back by popular demand, the pre-match function was a real hit last season. Changed from the Kendall Bar to the Gosford City Bowling Club (located to the right of the eastern ticket box) this will be your first stop on match day to pick up our match day programme (The Loose Cannon).

The Official Pre-Match Function is proudly supported by Central Coast Leagues Club and Six String Brewing Co where you will also be able to sample some of their local beverages as well as a bite to eat thanks to the Leagues Club BBQ. Each home game will be hosted by a Mariners VIP. 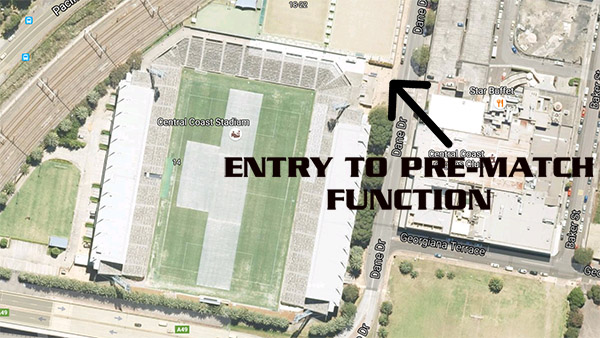 We need to create a moment for our supporters, players, family members and staff to celebrate post-match. This season we will introduce a ‘Family Photo’ where we will bring everyone who wants to be involved into the ‘NORTH WESTERN CORNER’ to join the squad for a photo. Listen out to our ground announcer post game!

The crowd love listening to the cannon fire when we score a goal and this season you will have the chance to take a photo with it! Located on the path behind the palm trees our cannon will be out in public and available for fans to take photos with the before heading into the stadium. 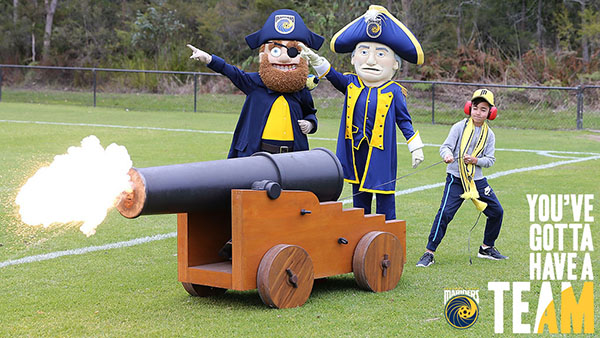 New walk out and post-match music

Without giving too much away, after consulting with the Members and fans we will be introducing new walk out and post-match songs. We want the crowd fired up and signing when the boys walk out and we want to stand arm in arm to sing a song when we win.

The iconic Mariners Brass Band have been working hard during the off season to make sure we’re loud and proud on match day. Stay tuned for more info.

Thanks to Guzman Y Gomez we will be holding the ‘hottest burrito challenge’ at half time to see who can eat the most of an extremely spicy burrito at half time on the pitch.

Have you picked up you Membership merchandise? If not, no problem! You can come and see Dan the Membership Man in Dane Drive to collect your items on Saturday. Don’t forget to bring along your voucher! As a last minute thought, if you’ve already bought a ticket you can discount the dollar value from a Mariners Membership

For any Membership queries ahead of the first home game please call our Membership team on 4353 7200.

Keep an eye out for our Charity Partners, Camp Quality who will be taking bucket collection donations on the day! Also during the match day there will be Camp Quality Ambassadors forming a guard of honour as our players walk out.

It’s a long off season

On Saturday it will have been 196 days since the last time we played at Central Coast Stadium. On Saturday the wait is over and Hyundai A-League action returns to Gosford.