New Faces in the Mariners ranks 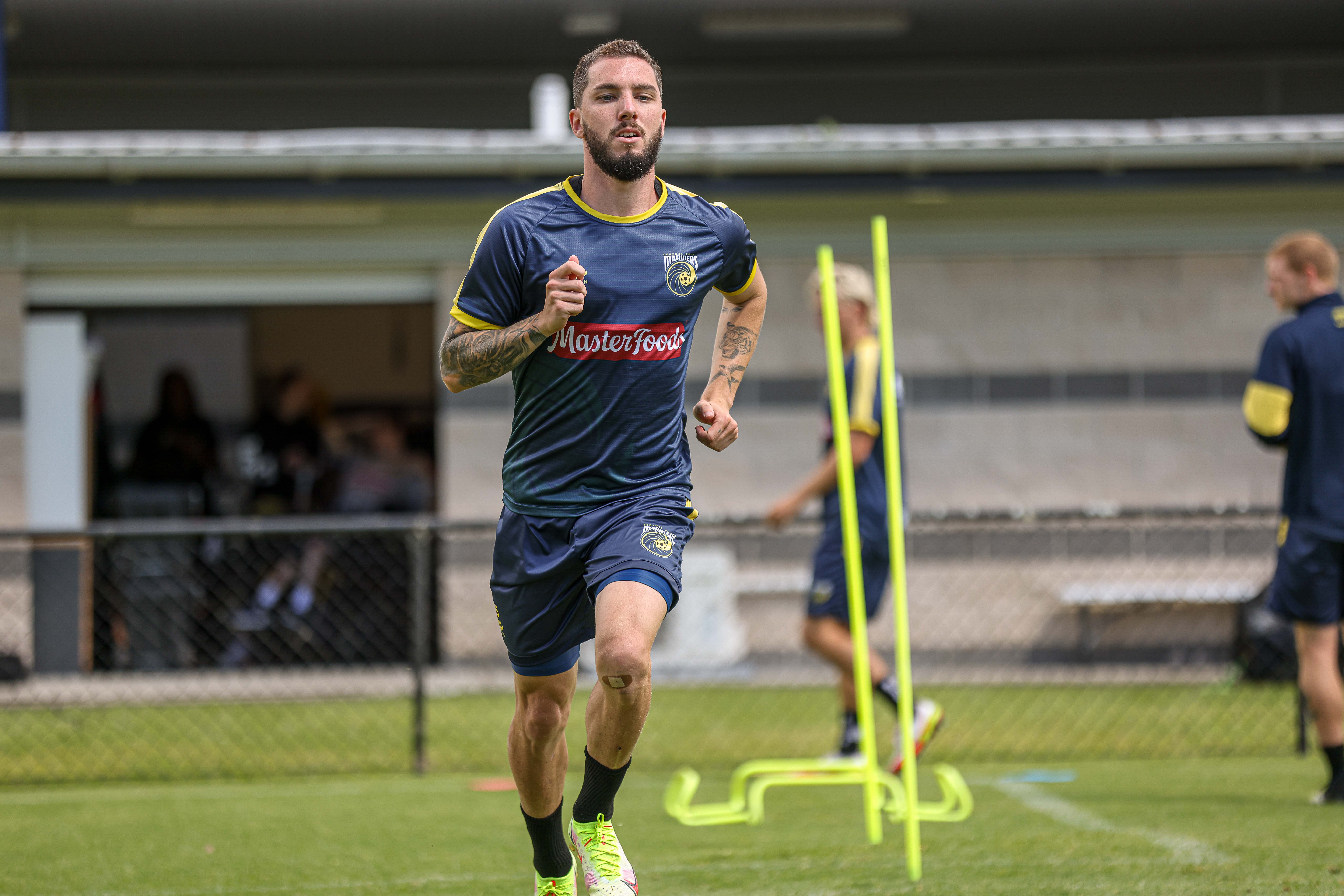 Ahead of the start of the Isuzu UTE A-League season, we take a look at the Central Coast Mariners squad and how they are shaping up for the 2021/22 season which begins with a derby against Newcastle Jets on Sunday the 21st of November at McDonald Jones Stadium.

First up we have the new man at the helm, Nick Montgomery. Montgomery is a former captain of the Mariners and racked up over 110 appearances for the Yellow and Navy between 2012 and 2017, having migrated to Australia from Sheffield United in the English Premier League. Montgomery will assume the role of Head Coach, coming off the back of a highly successful couple of seasons in the NPL where he most recently won the league and premiership double as coach. He has helped produce talents such as Alou Kuol, Matt Hatch, Jing Reec, Dan Hall and Max Balard as well as new A-League starter, Jacob Farrell, and Montgomery will be looking to utilise these boys during this season and beyond.

Nicolai Müller was the first major signing of the off-season and joined the Mariners from the Western Sydney Wanderers where he made 37 appearances for the Red and Black, scoring seven goals in total. He brings with him a wealth of experience having started his professional career in the Bundesliga in Germany with Hamburger SV and Eintracht Frankfurt. Nicolai primarily plays as an attacking midfielder and will be key to Nick Montgomery’s squad.

While small in stature, Cy Goddard certainly makes up for it with his impact on the field. The English born Japanese player has been on a recent journey across the globe and lands at the Mariners having spent the last few years at the Tottenham Hotspur Academy, Italian Serie B and most recently winning the Indian Premier League title with Mumbai City FC. While in India, Goddard became good friends with Sydney FC’s Adam Le Fondre who talked up the Australian game and when the Mariners came knocking, Goddard couldn’t refuse. His pace and trickery will be a great asset to the Mariners this season as his pre-season combinations have already been bearing some fruit.

The French import Béni Nkololo comes to the Isuzu UTE A-League with a degree of unknown. Having emerged from the French third division, you would be in the minority had you heard of him prior to signing. The new import has settled in well and appears to be showing his value already, having just scored the winner in the FFA Cup Round of 32 against Blacktown City FC. His speed will no doubt cause problems to opposing defenders this year as he looks to cement his position in the starting eleven.

The Brazilian joins the Mariners after a highly successful season in the Singapore Premier League for Geylang International where he walked away with the most goal involvements of his side and impressed in all of his performances. He is the type of footballer who likes to take players on and knows his way to goal having grown up in Brazil and representing his country at a junior level. The 23 year old will be looking to start the season strongly after making his debut in the FFA Cup Round of 32 win over Blacktown City, coming off the bench.

After spending three years away from the Mariners, Storm Roux is back once more to don the Yellow and Navy. The right back made more than 100 appearances for the Mariners across a 5 year spell before moving to Melbourne Victory, which takes his total A-League appearances to more than 170. He has been making a strong start during pre-season including his performance in the FFA Cup Round of 32. He is an industrious right back who loves to get forward and join the attack and will be looking to surpass the 200 appearance mark this 2021/22 season for the Mariners.

Farrell is an 18 year old left back who has taken the Mariners by storm and has seen a meteoric rise from the youth team to be a full time A-League player. He has worked with Nick Montgomery in the past and wants to cement the left back spot as his own. Throughout pre-season he has been a pivotal part of the squad and Farrell knows the Coast well having spent his entire life living and playing on the Central Coast. He is a quiet achiever and will be looking to make a huge impact on the A-League this season.

Noah Smith is a young player from Adelaide who holds a lot of potential in his locker. Last year was his breakthrough season for the Reds where he started nine matches before an injury set back his progress. A move to another state was daunting at first for Smith, but he has now settled into the side and is flourishing under the tutelage of Montgomery who wants his defenders to join the attack at every opportunity. 2021/22 will be a big season for the 20 year old and he will be looking to hit the ground running against the Newcastle Jets in Round One.

The Mariners goalkeeping options have been bolstered this year with the addition of Yaren Sozer to the squad. The shot stopper joins the club after a spell in Turkey with Istanbul Basaksehir following his stint with Melbourne City, part of the side that won the FFA Cup in 2016. After spending time in Turkey, Sozer headed to Malaysia with Perak returning home to be part of Nick Montgomery’s squad for this season.